A year of 2015 was an incredible ride. We proved that European Coffee Trip belongs to the group of serious media in the coffee world and we would like to take some time to reflect on the exciting moments of the past year. We were blessed to co-operate with great people and organisations and we hope we will continue to do so in 2016.

What we are the most proud of is that the coffee community around ECT is growing across all our media channels and our goal is to serve you even better in 2016. Thank you for staying with us.

We kicked off the year with a series of educational videos – Learn Coffee With Gwilym. In this series of 6 videos our aim was to help baristas to get rid of their common mistakes. All videos were seen by over 100,000 people worldwide and with the help of international volunteers we translated it to over 15 languages. We continue our cooperation with Gwilym Davies and Petra Davies Vesela and you can expect new videos in 2016! 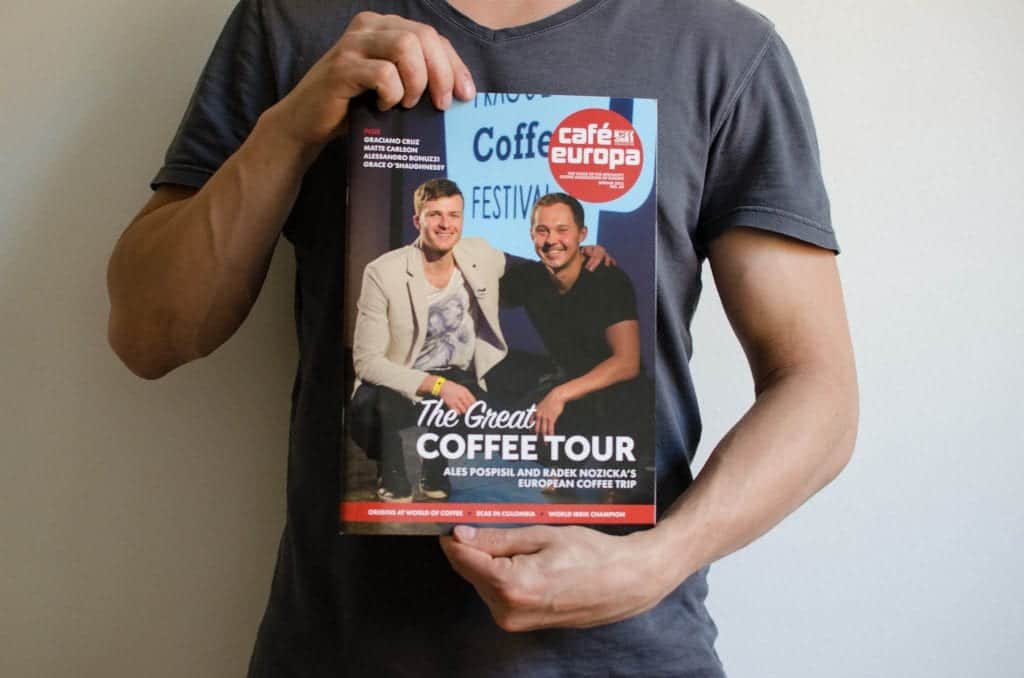 While working on an article for Café Europa, we didn’t expect to be featured on the cover of a magazine that reaches all the baristas associated with SCAE. That moment was our 15 minutes of fame. For over a year our story had got attention from both local and international media incl. Fresh Cup Magazine or Daily Coffee News. We had the chance to share our story also live at Coffeefest Slovakia (Bratislava), Inspirational Morning (Brno), Dark Times (Vilnius), Coffeefest Austria (Vienna) or Coffee Week 2015 (Brno) to mention some. Interestingly enough we got to judge The Barista Challenge competition at World of Coffee in Gothenburg, Sweden. We were absolutely amazed and very grateful for each opportunity to tell people about what we do and why. 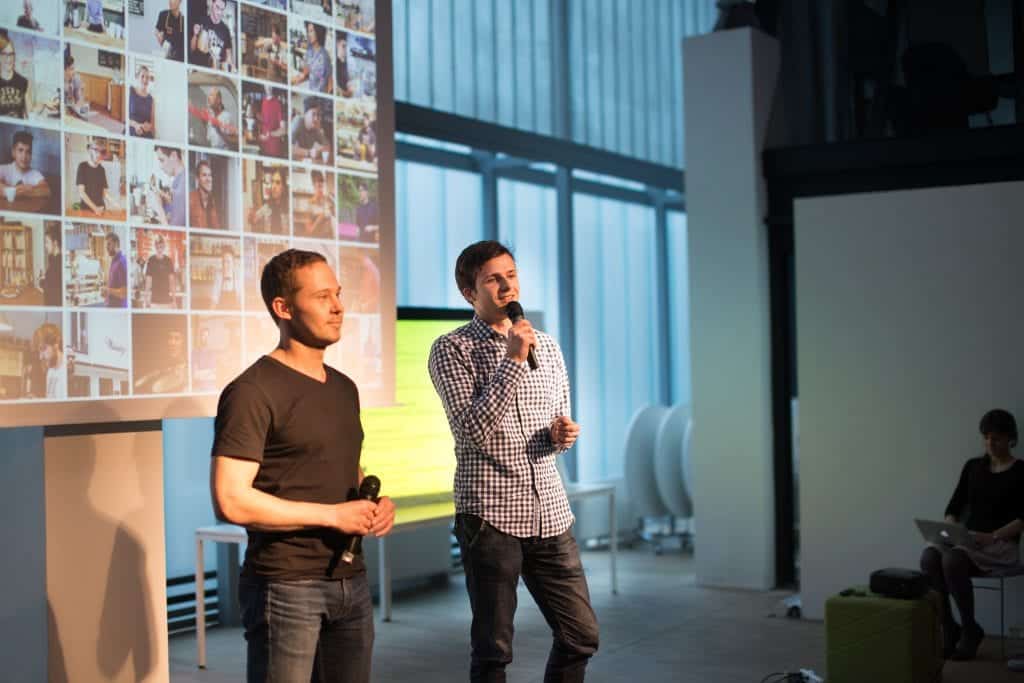 Our aim is to help promote the culture of speciality coffee in Europe and one of the most exciting ways of doing that, next to publishing our own content, is to contribute to other publications. Over the past year we covered the story of Gwilym Davies for Standart Magazine, we introduced Prague's coffee scene in an article for Caffeine Magazine, we shared the story of the favourite café in Brno – Industra Coffee – with the readers of Fresh Cup Magazine, we featured 8 outstanding cafés for BARLIFE and we shared our coffee guides with the Czech National Railways magazine (over 130k copies!). Furthermore we contributed to Crema Magazine (Germany) and Beverage & Gastronomy (Czech Republic).

As the coffee scene develops, more and more events are popping up all around Europe. In 2015 we not only attended events but we also covered many of them as media partners. At the very beginning of the year we helped to organize The Czech Barista Championship in Prague. Later we partnered with Standart Magazine team for Coffeefest Slovakia and Vienna, we covered The Barista Challenge and Coffee Week Brno as media partners and last but not least we co-operated on all events of Barista Guild of Europe, specifically Colab: Prague, Barista Camp 2015 in Riccione, Italy and Colab: Paris. We are excited to build on these relationships also in 2016. 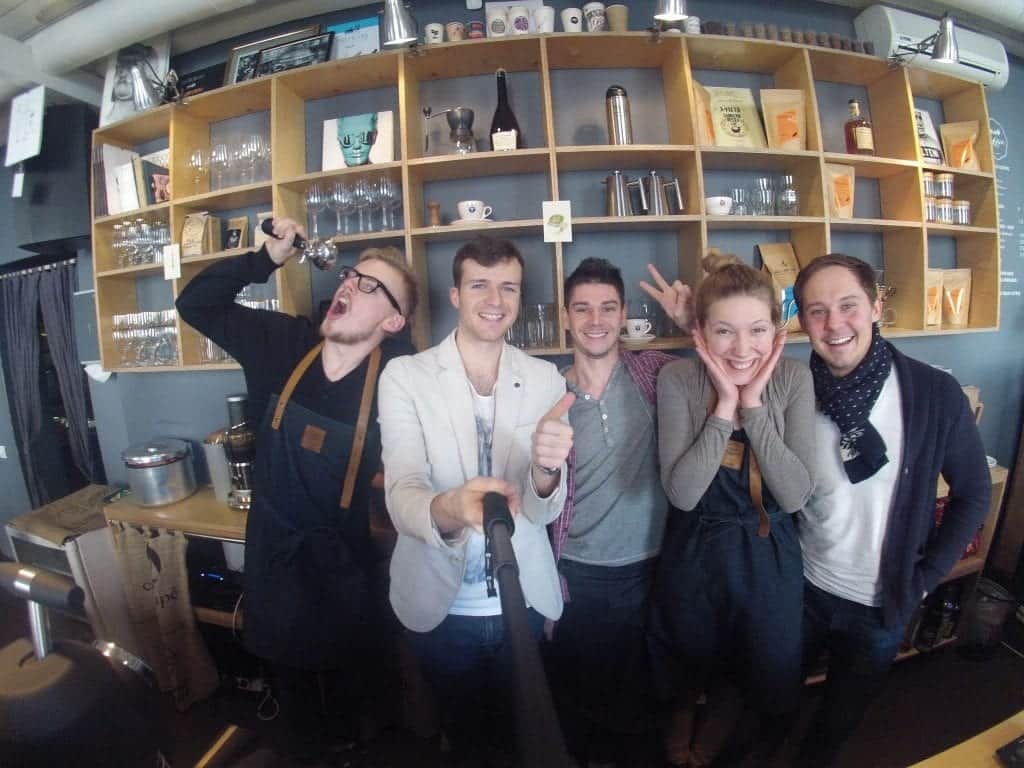 It is true that we travel a lot but we still spend most of our time at home – writing, editing and processing all our materials. Our home is Brno, Czech Republic, and since April we have got our own office/studio/coffee lab within a brand new space called Impact Hub Brno. It is a place where creative people from different fields meet and work. We were able to efford this thanks to our dear sponsors who also donated their products to the coffee lab. Thank you Mahlkoenig, Victoria Arduino, Brita, Urnex and DRW. We would not have been able to make it without your support.

You may wonder how did the trip go in 2015? How many cafés, cities and countries did we visit? Well, let’s see the numbers:

Fingers crossed we will add even more in 2016. 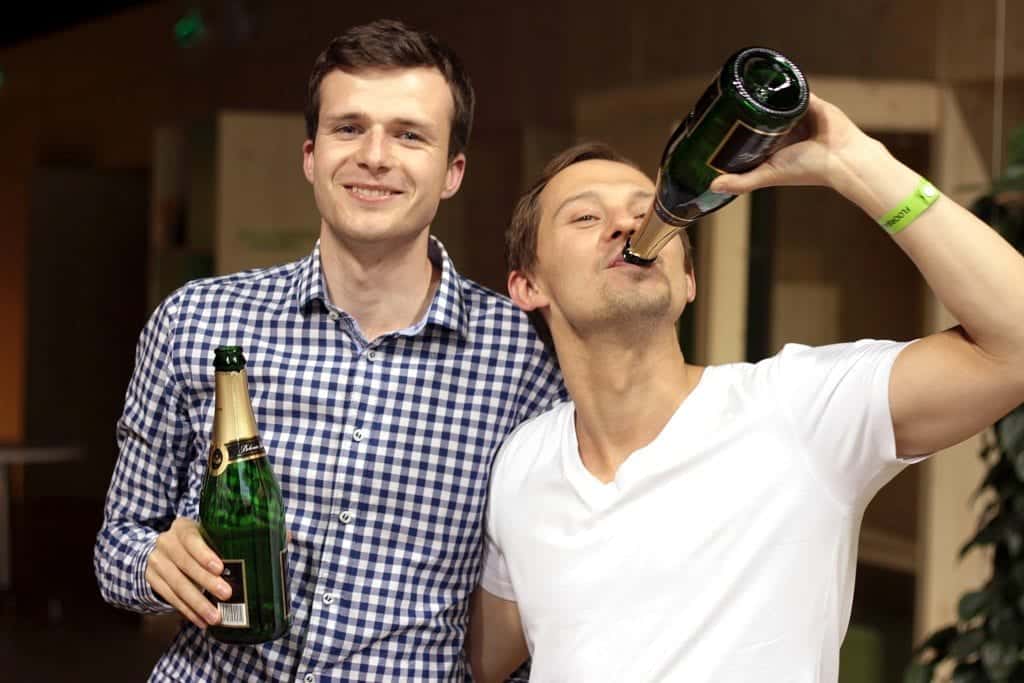