The warm half of this year was a very busy one for he Barista Guild of Europe. The Guild is devoted to promoting the coffee culture and build a stronger barista community within Europe. CoLab, the seminar series launched earlier this year in Prague, are exploring the local coffee culture in European cities where the culture is on rise. The second CoLab was held in Paris despite of the unfortunate events of 13th November 2015.

Paris stayed strong though and we are happy to have taken on the role of Media Partners this year again, bringing you a review on the successful event in Paris. 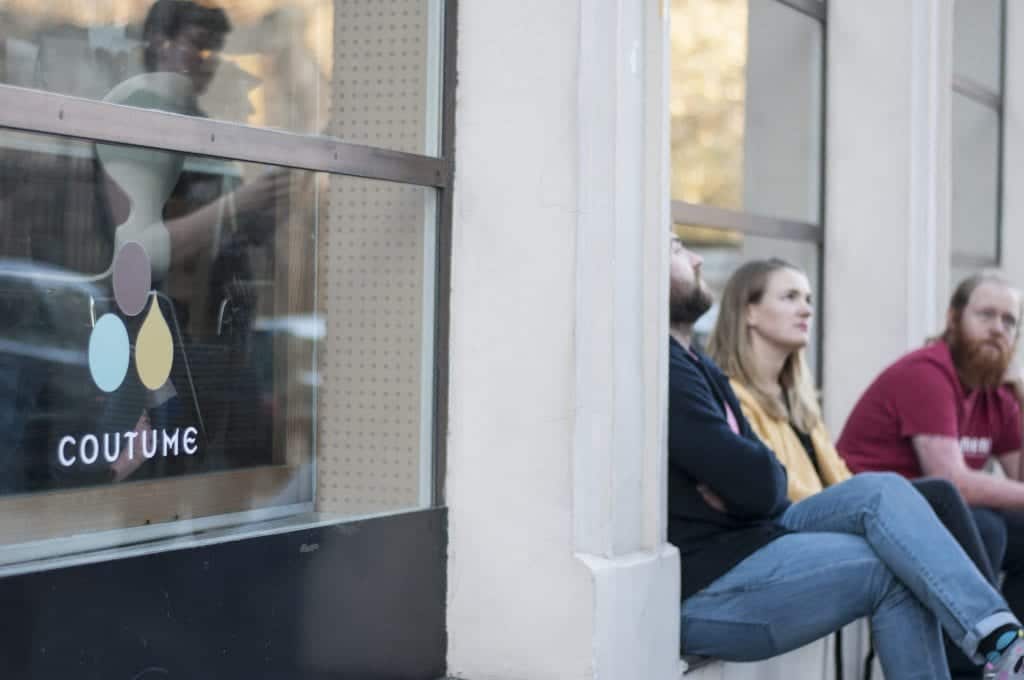 This time CoLab was organised with help of FrogFight – collective of Parisian coffee professionals (such as Café Lomi, Belleville or Coutume) who put their time into preparations of their home scene to receive coffee people from all over the Europe. With a respect to all affected by the tragedy of 13th November, FrogFight insisted on running the event as a token of solidarity with the locals. FrogFight managed the organisation, providing space and local know-how for over 100 attendees. Some of the collective baristas were on hand hosting attendees in their homes, while enabling them to explore other parts of Paris as only locals do.

CoLab was held over three days, November 17-19, taking place in different areas of Paris. Regarding the city cafes’ space limitations, the registration was held at one of the bigger cafes – Télescope, located near the Tuileries Gardens and the Louvre. Friends from all over the Europe met here at some point for a breakfast or the midday cupping with Nicolas – the cafe’s owner. 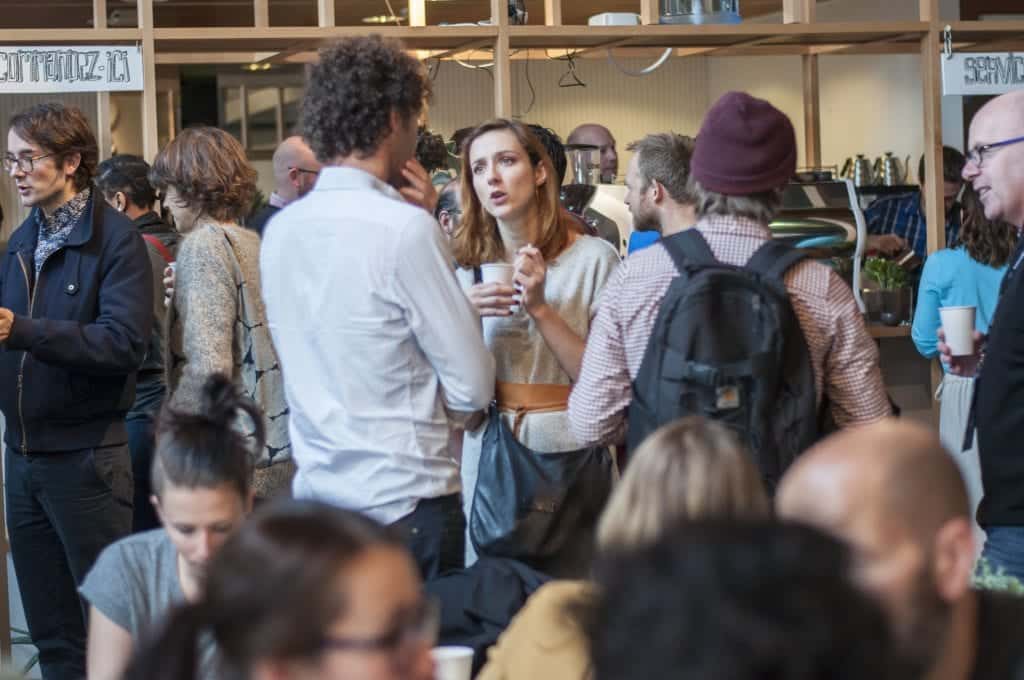 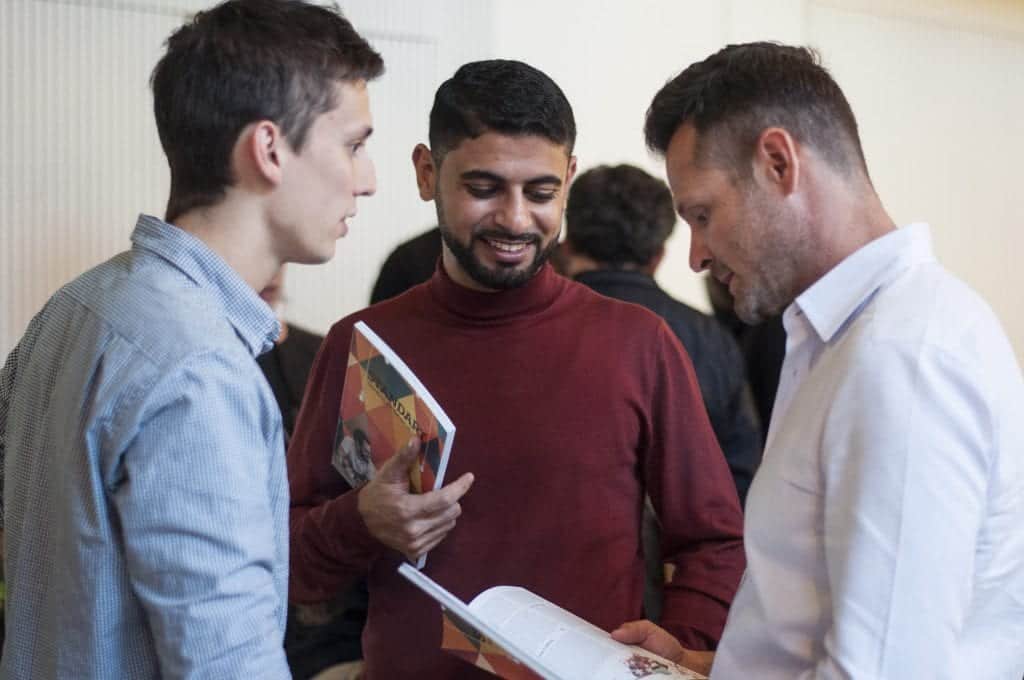 Late afternoon Lockwood, a stone-throw away cocktail bar, was hosting a wine tasting in its basement. The cheers and talks between happy baristas and wine makers went on until a late night thanks to yet another palate pleaser.

The main day of the event was based at the surprisingly spacious Coutume Instituutti located in the neighbourhod of the Sorbonne University. Coffee from Rocket Bean Roastery (Riga, Latvia), Brûlerie de Gobelins (Paris, France), Five Elephant (Berlin, Germany) or Climpson&Sons (London, UK) and others was brewed at the brew and espresso bars since the early morning, providing the visitors with the much needed juice to follow the Tamper Tantrum sessions. Meanwhile downstairs, a theatre was getting ready for the speakers. 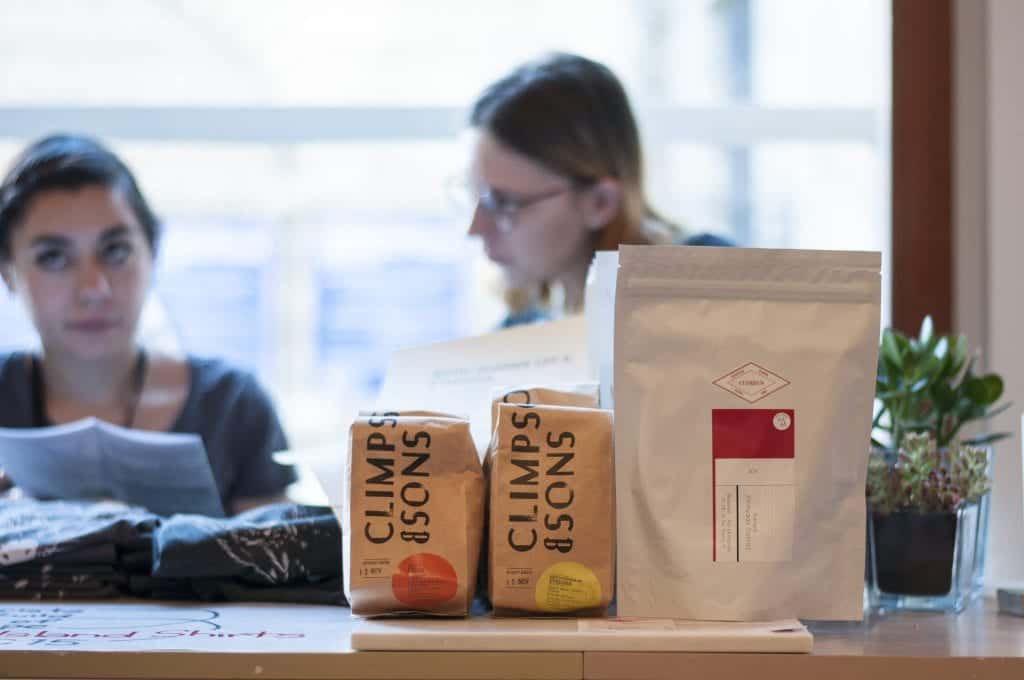 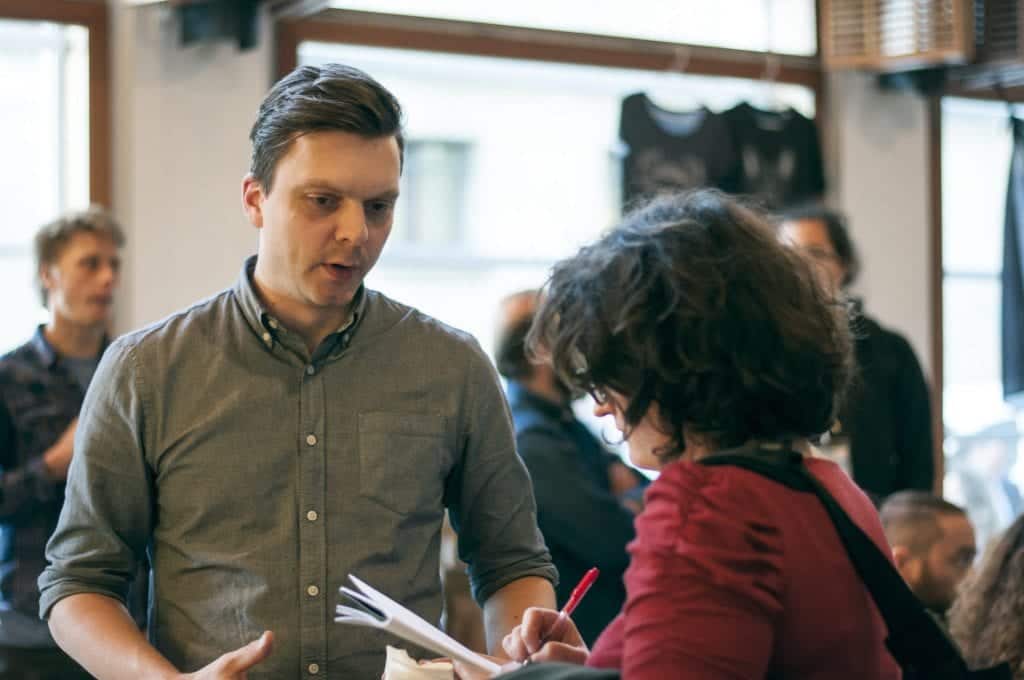 Cameras on and Steve Leighton ready, the morning was kicked off with Tim Wendelboe – one of the legends among coffee people. The recent winner of the Nordic Roasters Forum, Tim talked about his 8 months study of Soil Biology and revealed his efforts and achievements in developing a biological farming approach at his farming project at Finca el Suelo in Colombia. Tim believes that this project will eventually support his belief in biological farming as better yielding, less expensive, of higher quality and with fewer diseased lots. Cooperating with Elias, a farmer at Finca el Suelo, Tim works towards proving his claims about the quality of biologically grown coffees, which will take another 3-4 years. After getting an educative insight on compost followed by a coffee break, the talks continued with Stéphane Cataldi, french roaster based in Brittany, from where he supplies several cafes, while staying as humble as ever. 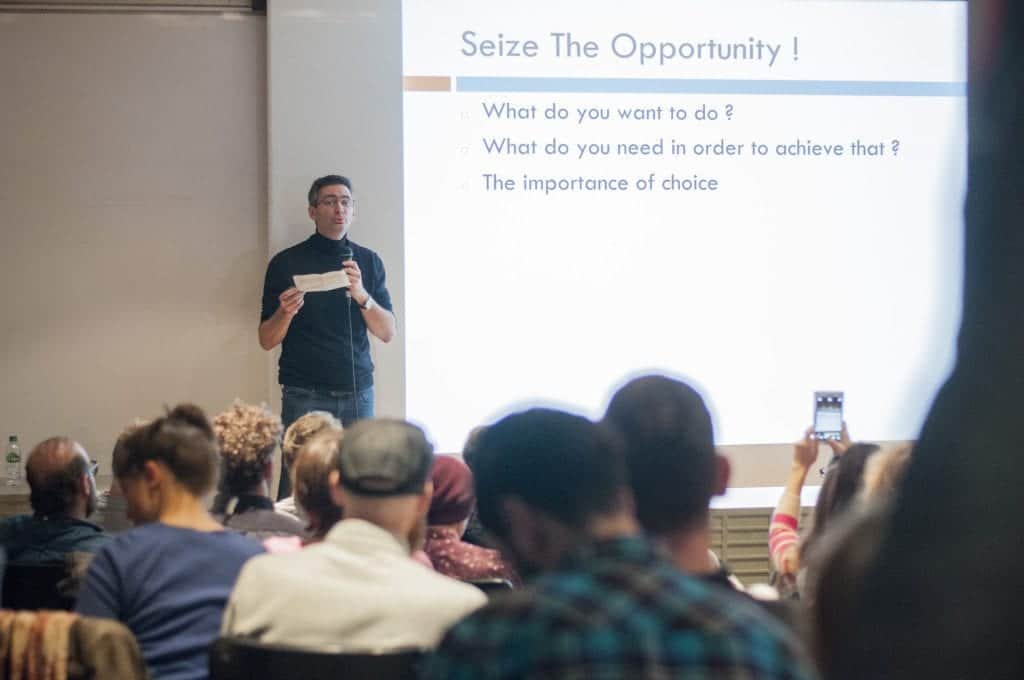 Stéphane introduced us to the beginnings of his business, learning the craft and the difficulties he faced due to some established habits in drinking coffee in France, but eventually revealed his latest upgrades, including a Loring hot air roaster, placed in his garage. Some things will never change while other will keep on progressing through the hard work of individuals. 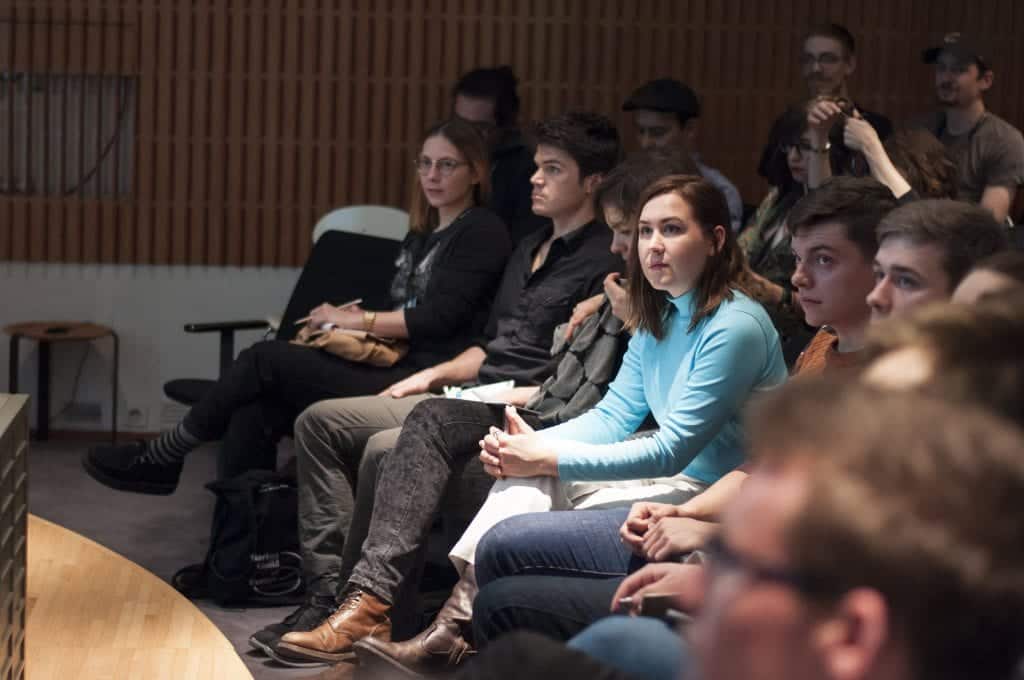 Patrik Rolf Karlsson spoke as the third speaker of the day, presenting his opinions on stepping up the general approach to brewing coffee. Patrik is the head roaster at Five Elephant in Berlin and he presented his understanding of a good brew that comes from a combination of a good coffee, a good roast and a good brew recipe. He would like to see a redefinition of a modern roastery coming into reality, which would push the speciality coffee industry further. His speech was a well timed one as the hungry audience could agree with many points from his presentation and not argue with his statements. 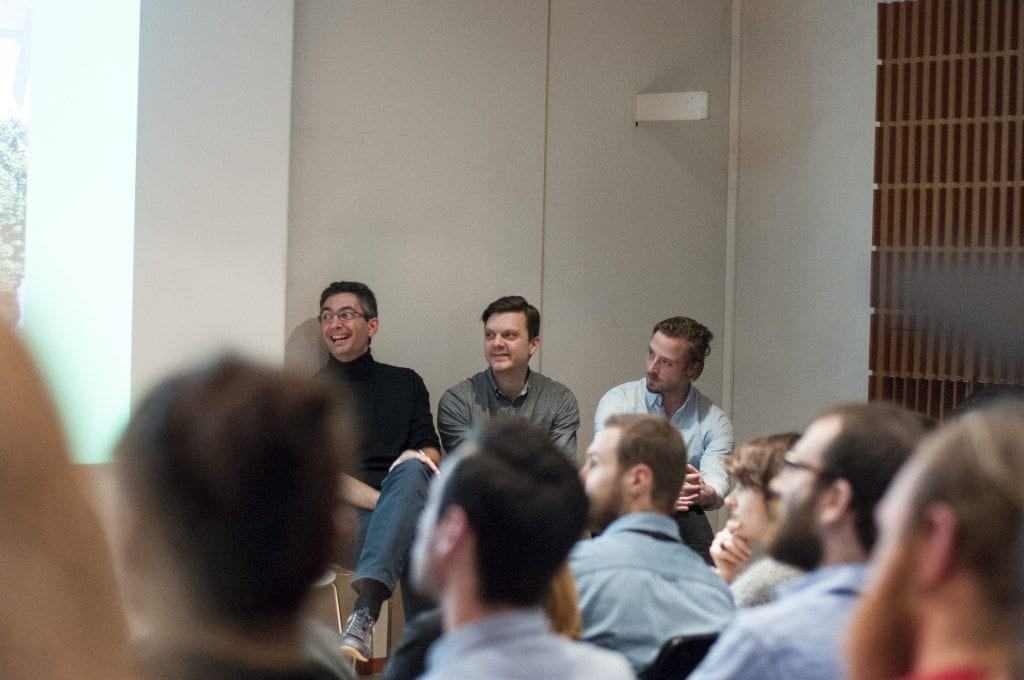 The incredibly tasty lunch break came at the best time, everyone gathered in the main room for some more delicious brews served by Square Mile Coffee Roasters (London, UK) or Cuperus (Antwerp, Belgium) and others. 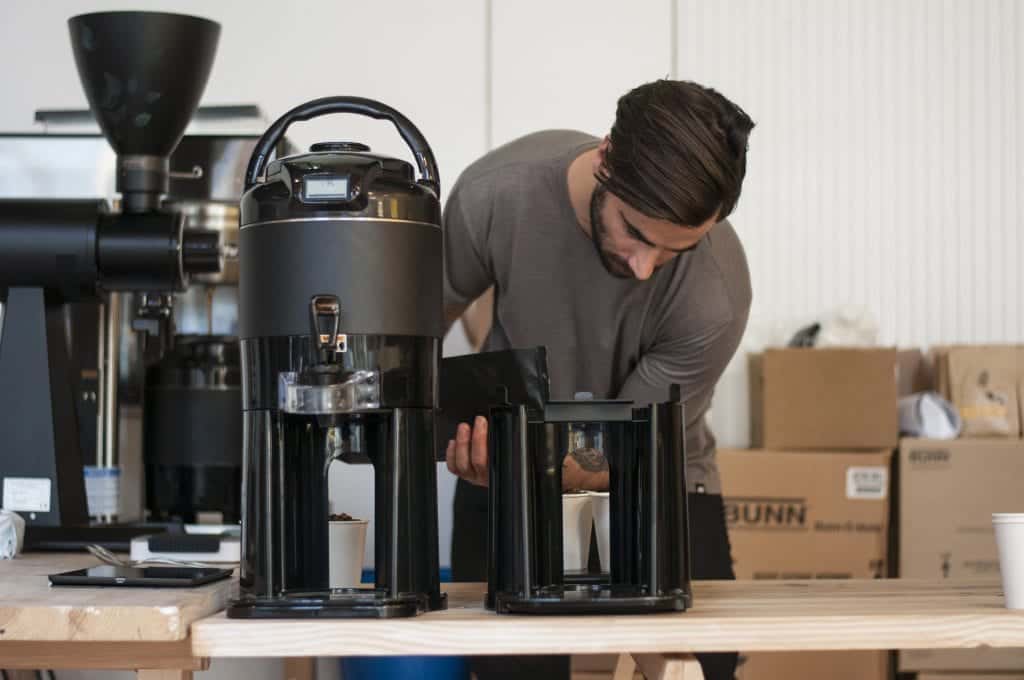 The refreshed audience gathered again in the theatre for a scientific insight into Morten Munchow’s Coffee Mind project and his latest research, including roasting defects and cappuccino foam analysis. His very scientific and technical approach is the best example of professionals at work. Driven by his passion for coffee, he showed us how detailed and educational we can get, offering new prospects for the future of the coffee industry – of barista competitions, sensory skills trainings and more. Mr. Munchow’s research suggested competing in the foam quality of milky drinks for example. Many interesting projects and education from Coffee Mind will surely come. 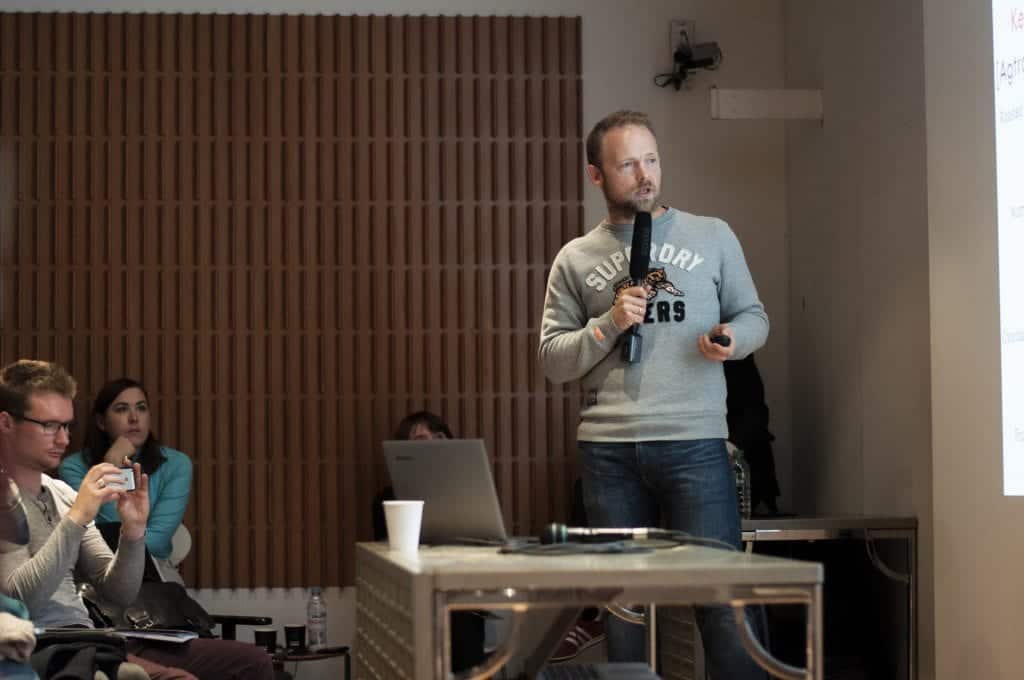 With the same passion and dedication Katie Carguilo took the stage. It seems as this year’s speakers line-up was Steven’s dream come true. Katie Carguilo and Klaus Thomsen were the people Steven had been trying to bring for a presentation at Tamper Tantrum for a while.

Taste of the Czech Barista Championship 2017 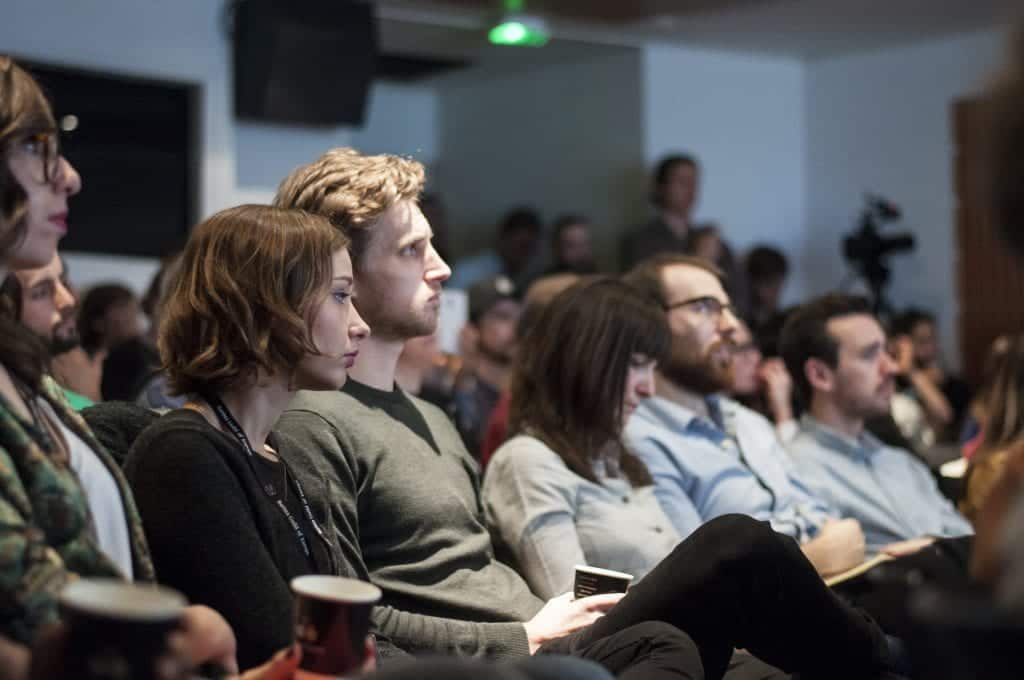 Katie took a slightly different approach to her presentation. She gave us a beautiful overview of her life in coffee, her journey towards where she stands in her career now, working for Counter Culture Coffee in New York, USA, and what obstacles and challenges she needed to overpass. Gathering the knowledge for 13 years, she went from being a barista to training them, leading by example. She emphasised that: “Quality is a moving target.” She now works as part of the quality control team, sourcing green coffee, sample roasting and cupping. Katie had reached high with her dreams and has followed them until the very successful present. Katie talked about the importance of earning every step and eventually owning the confidence you gained without an ego getting in a way. She also touched on several interesting topics, such as the importance of the coffee labels or having a reference point to your cupping scores. 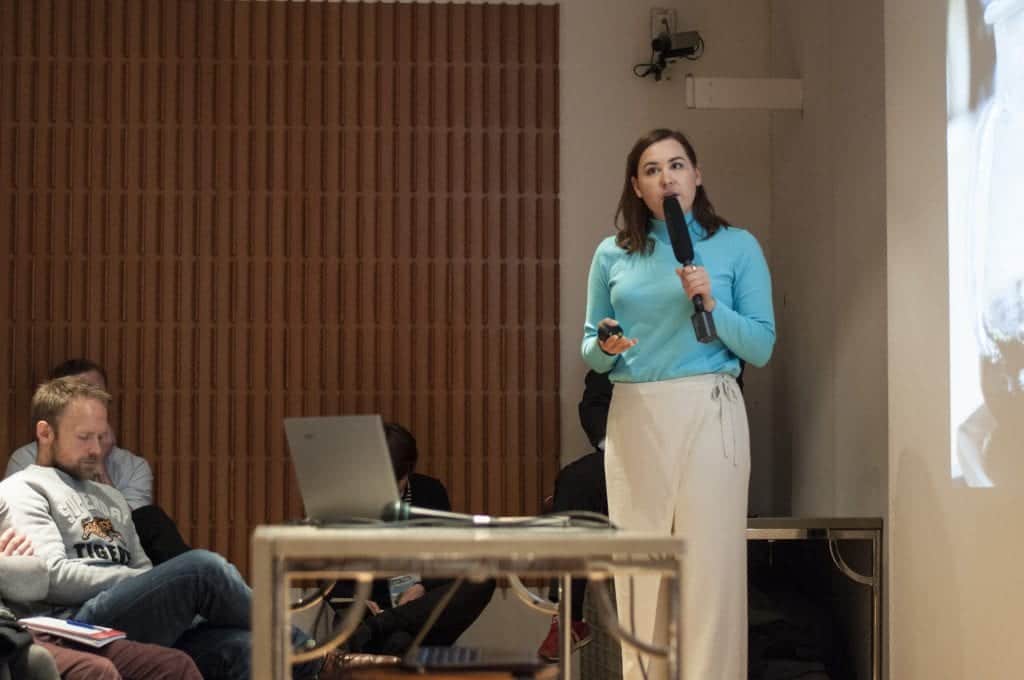 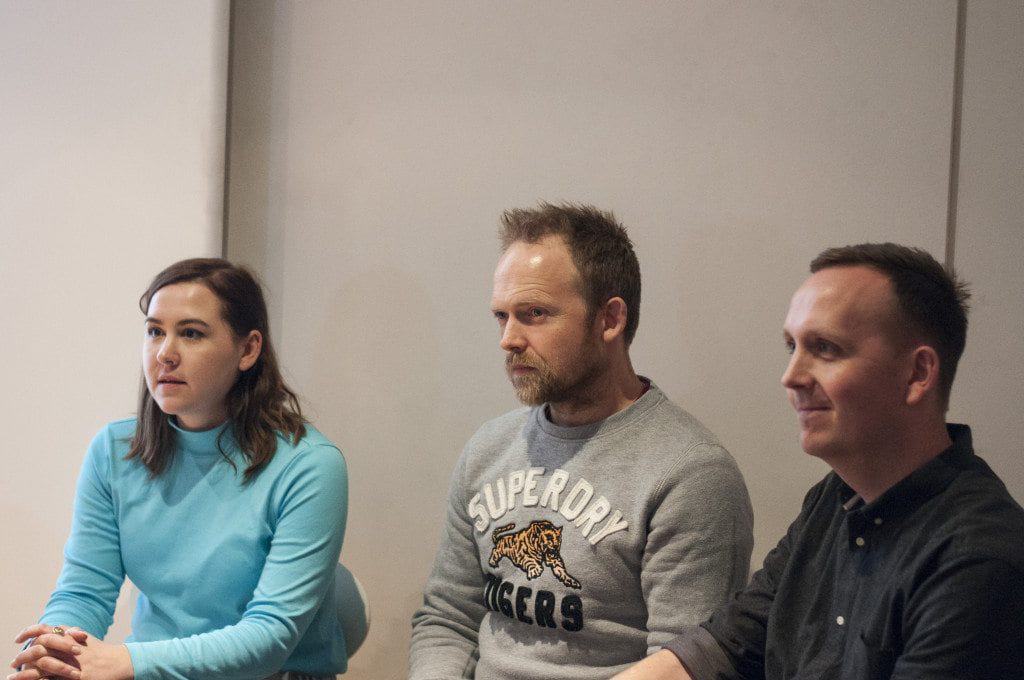 We were all excited to pick up another coffee for the last talk of the day presented by Klaus Thomsen of The Coffee Collective in Copenhagen, Denmark. Klaus presented our favourite speech of the day, starting with a cheerful: “How are you all?” He went straight to the point by asking a seemingly simple question: “What to do to get coffee in the future?” Throughout his presentation Klaus shared stories of young people who do not want to devote their lives to growing coffee. Klaus stressed the importance of connecting the producing countries and its people with the end consumers, push the price of quality coffee up and making our businesses transparent. Leading by example The Coffee Collective is now a fully transparent business showing the pricing of the coffees. 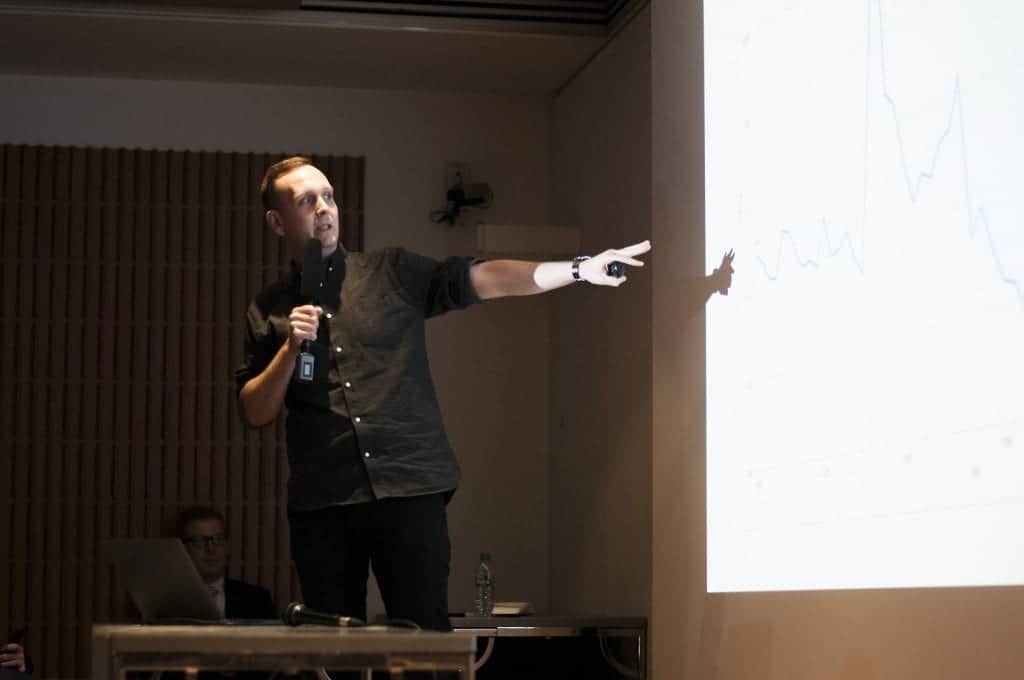 Money is an important drive for the farmers. Klaus believes that securing the financial situation of farmers would help them shake of their fear so that they would furthermore launch themselves into higher quality coffees. Since The Coffee Collective is sourcing exceptional coffees from exceptional people they believe there should be no anonymity. Creating the context for the higher prices of coffee needs to be done by baristas. The consumer-driven demand is already there and the change is definitely possible. Klaus Thomsen was the perfect final speaker, full of faith and energy for the better future of coffee farmers and thus everyone involved in coffee.

Being the masters of our own time on the third day we joined one of the cuppings organised by FrogFight at Cafe Lomi in the neighbourhood of Sacré-Coeur. On the table were coffees from French, mainly Parisian roasters and a sample of Antwerp’s roaster Cuperus. Later, with the help of this interactive map of Parisian coffee shops and wine bars we found our way around the central Paris, starting in the 2nd and 3rd districts. We will be reporting on our coffee tour in a separate article.

The theme of the second year of CoLab for us would be the size. The ever surprising Paris is a grandiose city, it can be welcoming, but it can be very harsh as well. The coffee scene is growing, there are several amazing shops, but yet it will take time to spoil a daily coffee drinker. Thus it is worth going out of your neighbourhood for a brew in a new cafe. With the grand streets come tiny shops, very limited surfaces and crammed spaces. It is a challenge for the newcomers to overpass those physical restrictions and build yet a stronger coffee base on those.

Photos were taken by Natalia Vargova from Standart Magazin – a print magazine about speciality coffee culture that you should read!