Testing The Hand Grinders (And The Muscles), Part 2

This is the second part of the series of articles testing the most popular home grinders on the market (both hand grinders and electric ones). This time Krzysztof focused on the taste differences with the chosen set of grinders. If you missed the Part 1 we advise you to read it first. 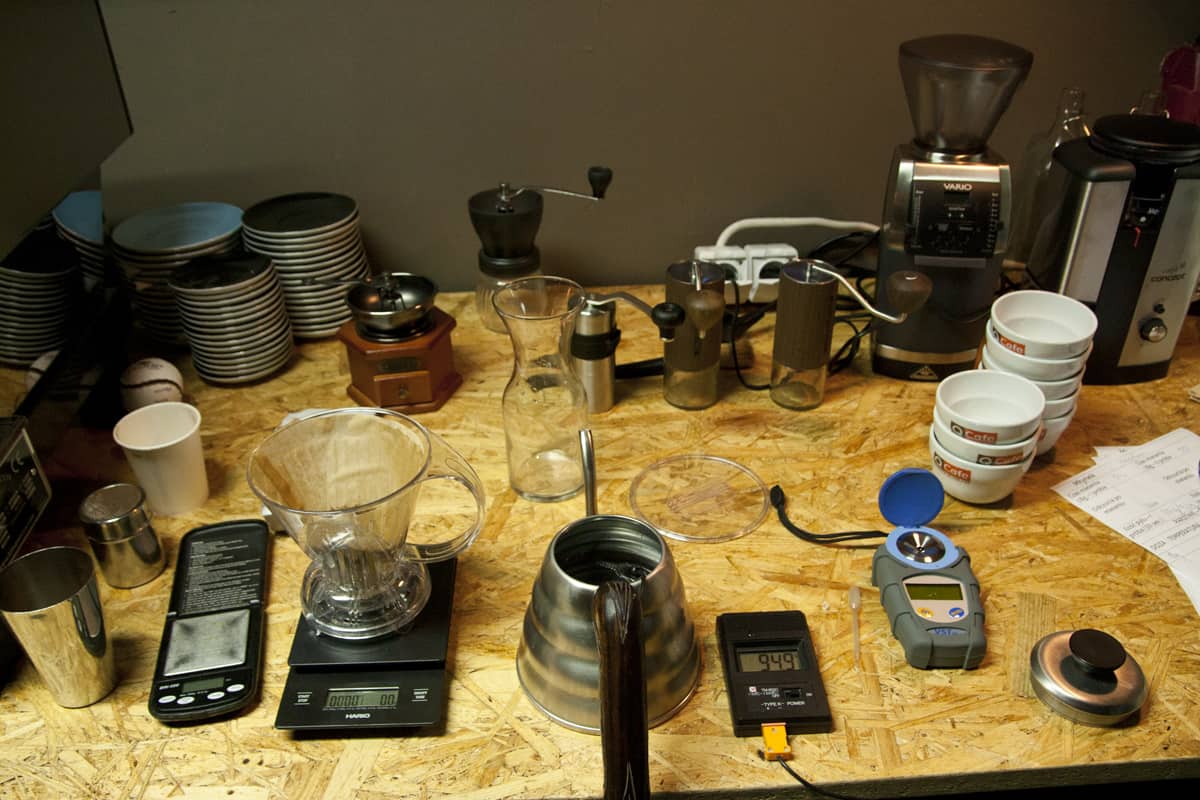 The goal of the second test was to primarily assess the taste differences with the chosen set of grinders. Coffees were brewed using a Clever Dripper and then cupped.

The Clever Dripper was chosen for its repeatable and consistent brewing results. 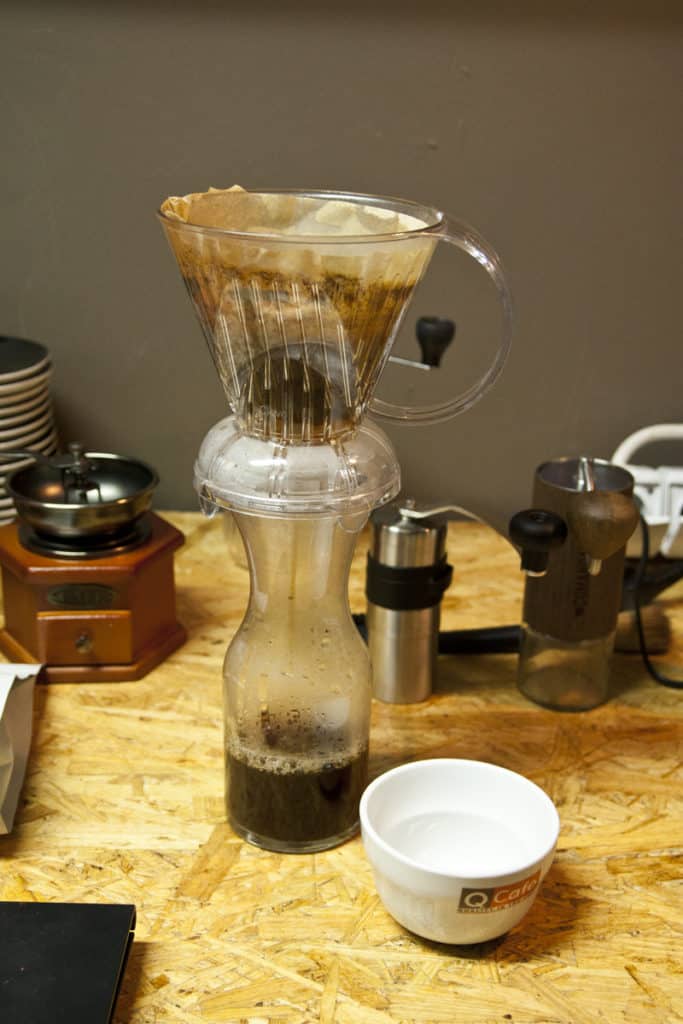 In each grinder I ground 18 grams of coffee, than I sieved it for 30 seconds (3 shakes per second). After that I used 15 grams of ground beans to brew 250ml of coffee. When (after sieving) the amount of coffee was under 15 grams I used the dust to get 15 grams.

Water Quality: 110 ppm
Water Temperature: 92°C
Brewing Time: 1:30 min in the Clever Dripper after that I put the dripper on carafe

Each coffee was poured into the cupping bowl (200ml) and cupped with cupping spoons three times: hot / warm / cold by three baristas: Krzysztof Barabosz, Artur Porada, Piotr Stanislawski. The simplified cupping protocol was used to evaluate only the taste (sourness / sweetness / saltness / bitterness) and the aftertaste.

Few years ago Hario Skerton was the one and only hand grinder used by coffee geeks in Poland but recently it has become archaic. The most important drawback is the unstable axle which produces an inconsistent grind. The handle often unscrews while grinding, the burrs get often blocked and there are coarse particles in the final grind.

TASTE EVALUATION: Lots of tartness, no sweetness, no acidity. 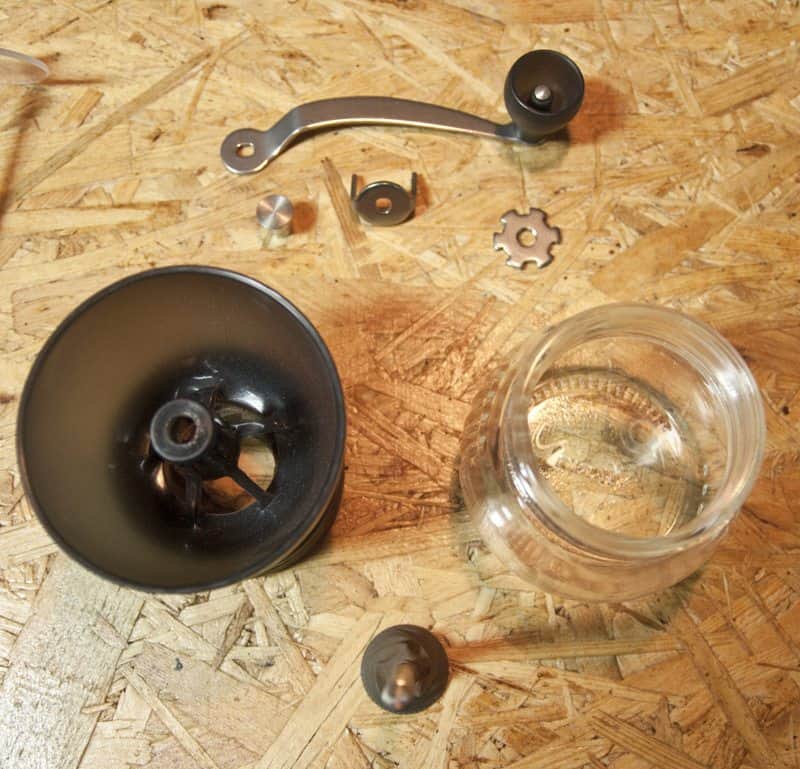 Porlex Mini is the smallest and the lightest hand grinder in the test. Its advantage, compared to Hario Skerton, is the cap, whereby the beans do not fall out during grinding. I’ve noticed that the faster we ground the coffee, the more dust was produced, and the more often the grinder jammed. The aftertaste was of unpleasant astringency which may be caused by deposition of the dust on ceramic burrs. Porlex produces less dust and less boulders compering to Skerton. You can also modify (improve) the grinder yourself to stabilize the axle. 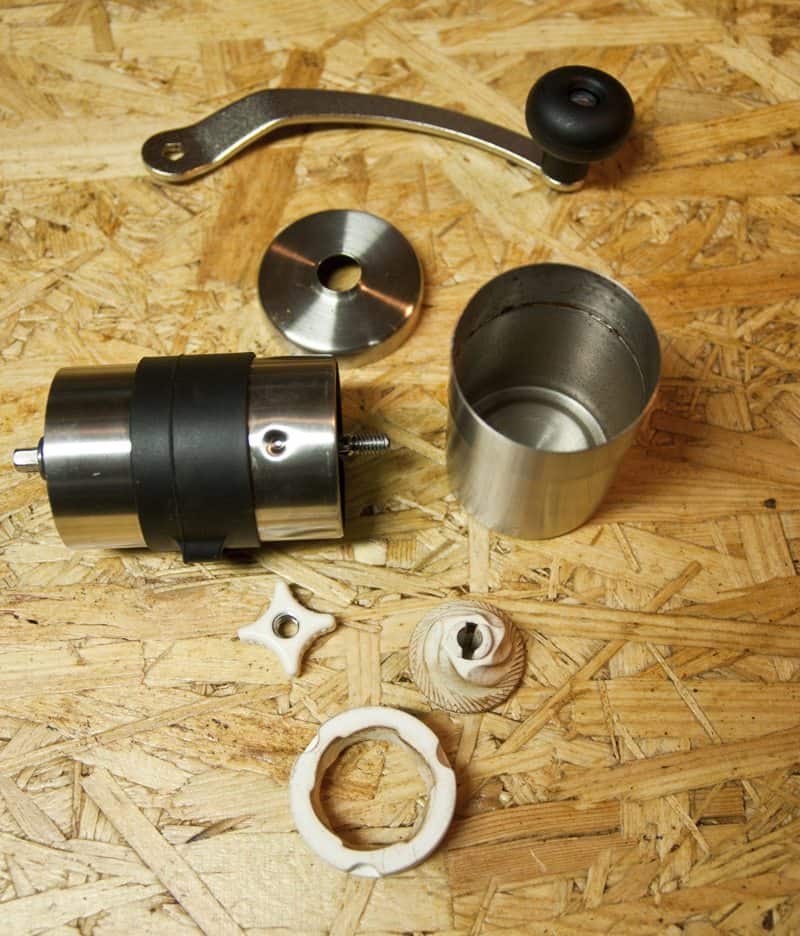 Comparing to Hario or Porlex this grinder is simply better. You can grind faster, easier, smoother and there is less dust produced. More importantly the particles are of better uniformity. Unfortunately, the MK1 grinder has its drawbacks. Firstly the knob is attached by a magnet and occasionally falls off during the grinding process. Secondly this grinder comes with a glass jar that can get easily broken during the usage or transportation.

Barista Talk: How to Navigate Your Career in Speciality Coffee? 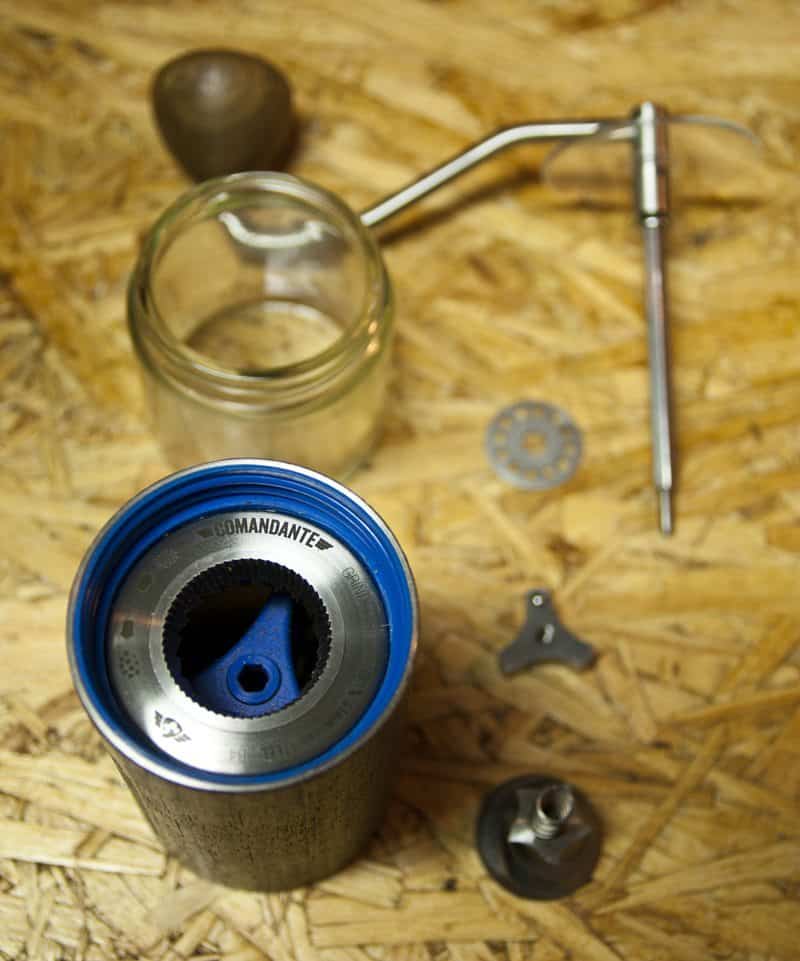 Visually MK2 is not significantly different from the MK1. Closer inspection will reveal several improvements though. First of all, the handle was improved and the knob got attached permanently. The MK2 was designed with a semi-flexible burr cone that allows for more effective and smoother grinding experience with the same or better particle distribution performance. It creates less dust and more consistent particles than other hand grinders and surprisingly even than some electric grinders. The same disadvantage, as the MK1, is the glass jar. 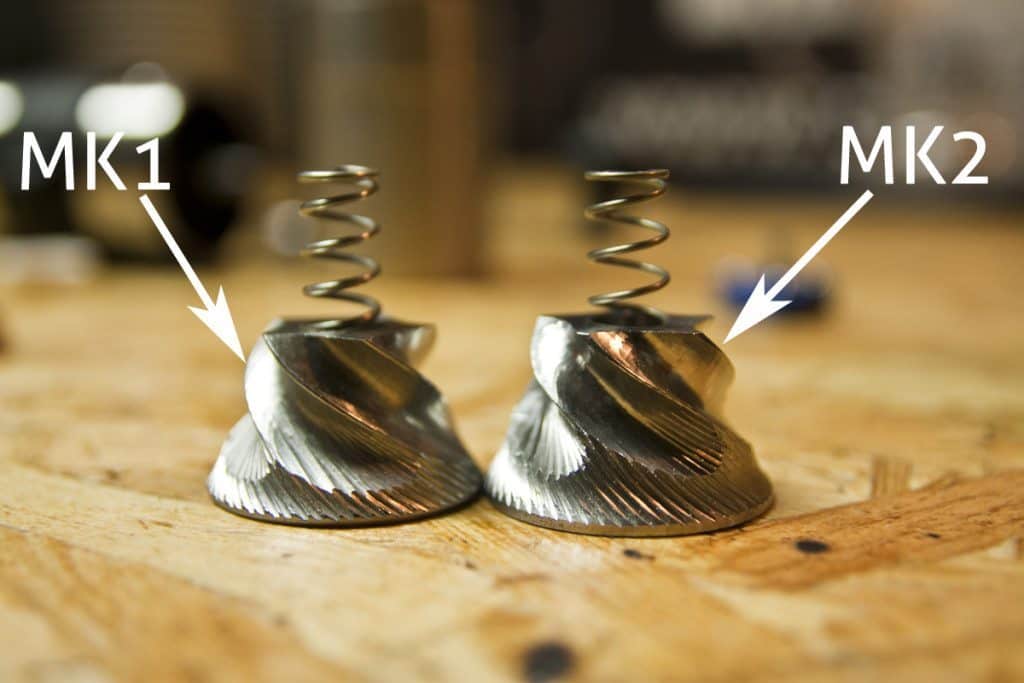 I used those grinders during the test to get the comparison between hand grinders and electric grinders. You can notice the Concept grinder costs less than the Mahlkoenig Vario and comes with the competitive results. Comparable amount of dust is produced within similar grinding time. Both grinders are user friendly in terms of setting up the grind size. The only difference, beside the price, is that the Mahlkoenig Vario Home has flat ceramic burrs, and Concept KM5210 has conical steel burrs. You can read more about conical vs flat burrs in this article. 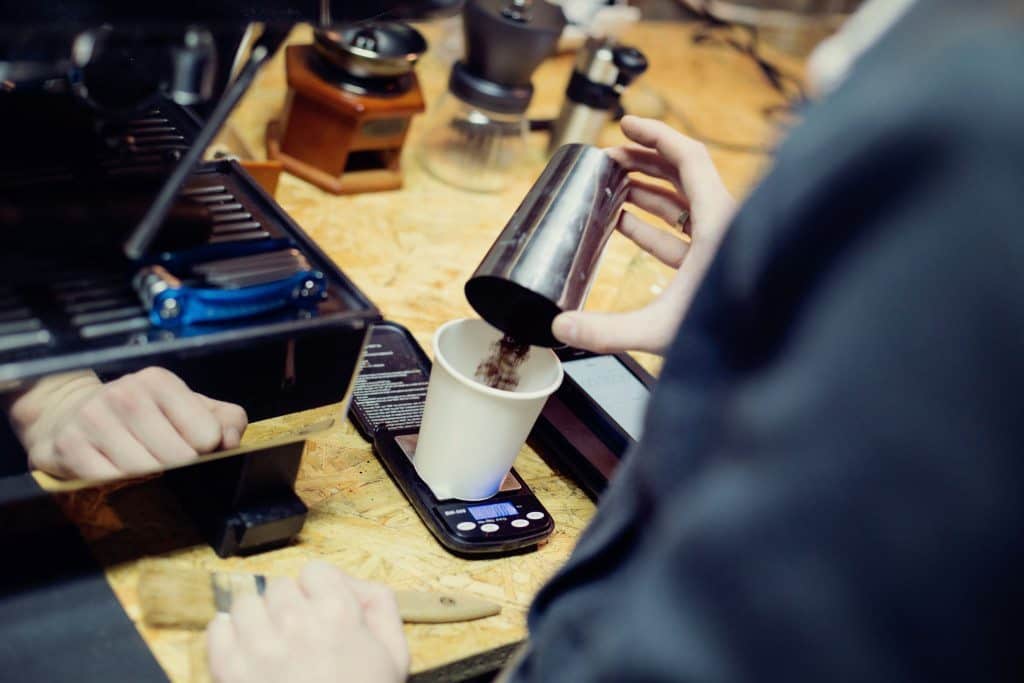 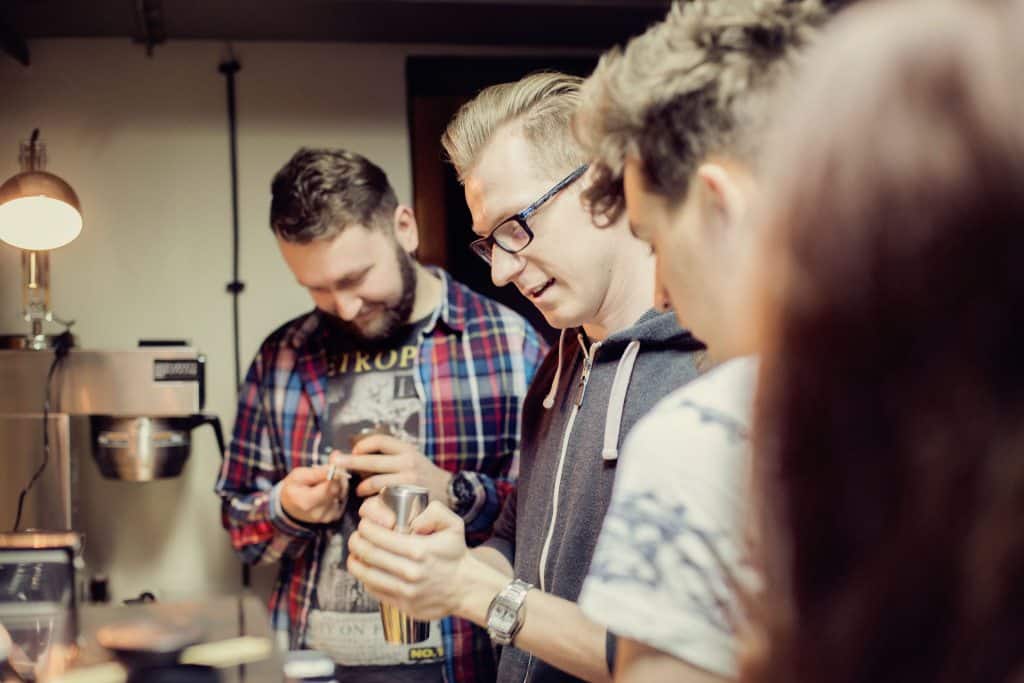 In the Part 3 we will finish the series with only two grinders – Porlex Mini and Comandante MK2. Porlex Mini, the most popular hand grinder. Comandante MK2, the grinder having the best results in the previous test.