Already the 7th edition of the Polish AeroPress Championship was held 9th July in Warsaw. For the second time, it took place in an outdoor venue on the bank of the Vistula river. This added to the very festive atmosphere of the event, inviting everyone to also enjoy the sunny weather and great views. 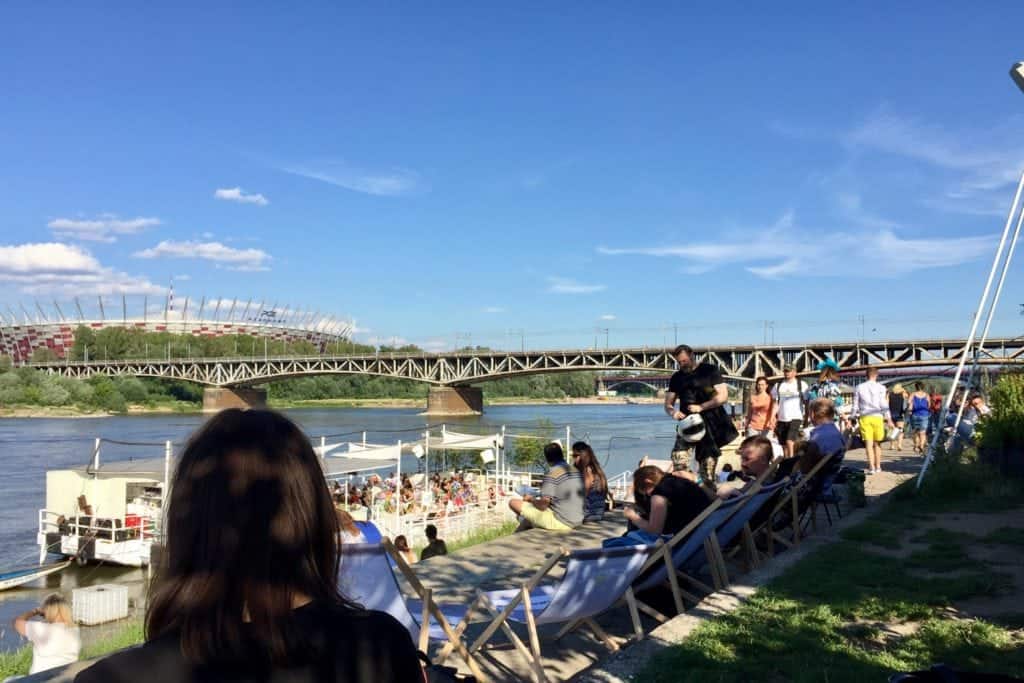 It has become a tradition that the event is organised by Ilona Przewoźniczek and Sławek Saran of Forum cafe in Warsaw. The event was supported by Freehand Coffee Roasters, Coffeedesk, Koppi and Inne Beczki. Huge respect to Mateusz Gaca, the owner of Brisman, who was the MC of the championship. During the whole day, he didn't lose his humour nor enthusiasm, making the event even more fun.

The organisers managed to gather a splendid team of judges which only increased the rank of the championship:

The biggest championship of 108 contestants

This year again an incredible number of 108 contestants took part in the competition and brewed according to their diverse recipes, aiming for the champion title. It is incredible that the Polish championship remains undivided into regional rounds and gathers all the competitors for a big competition instead. 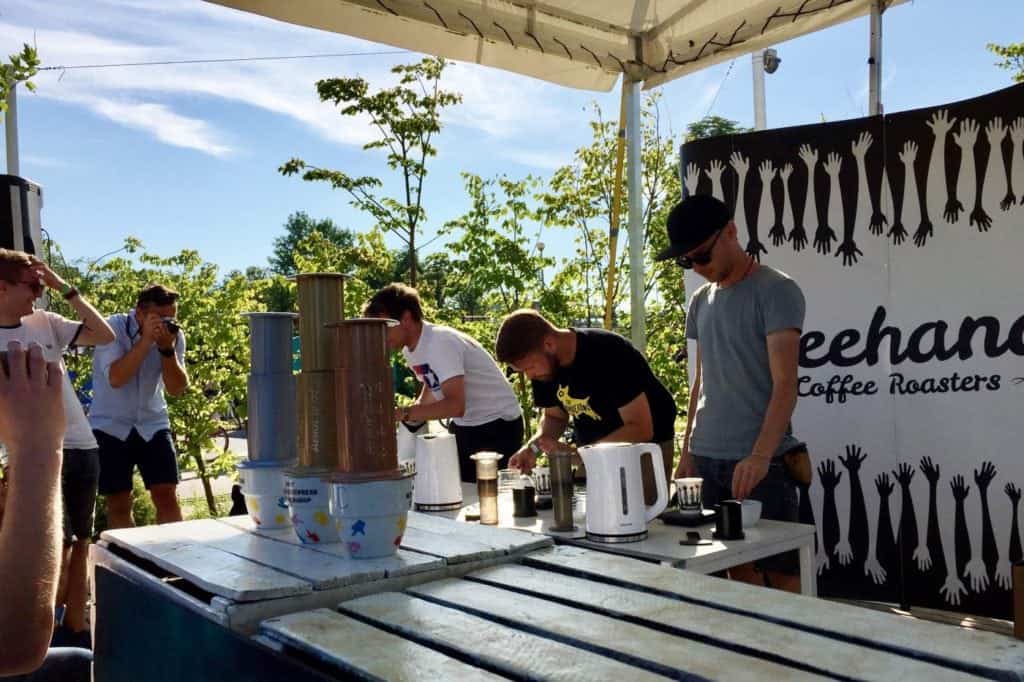 All 23 rounds went down smoothly and judging just from the faces of the contestants the emotions grew and started boiling only during the semi- and final rounds. The three finalists even got the chance to decide which coffee brewed by the judges was the best during a bonus round. It resulted in Filip Kucharczyk proving that he still deserved the World Champion title.

The final round gave the following result:

Jan Szurek is a 22-year-old barista from Lublin. His passion for coffee has grown since three years ago, but he started getting really into it 2 years ago. At the moment he is not working at any cafe. For this competition he only practiced at home, where he brews a lot, and hence competed with the title of a home barista. Jan will travel to Seoul, South Korea in early November 2017 to represent Poland at the World AeroPress Championship. Good luck, Jan!

Coffee: Kenya Kaguyu roasted by Koppi, Helsingborg
Dose: 30g of coffee
Grind size: 26th click on a Comandante grinder
Water: 100 mg/l from which 50 mg consisted of MgSo4, and the other 50 mg to CaCl2
Method: Inverted AeroPress

Try the winning recipe of the home barista and enjoy your coffee!