Visiting the London Coffee Festival for the very first time was an adventure on its own. We didn’t expect that entering the festival through the press zone would require waiting in the line of at least 20 other journalists and photographers. We quickly realized that this event was going to be really big. The audience record was broken again this year with 23,642 visitors attending the London’s celebration of coffee. 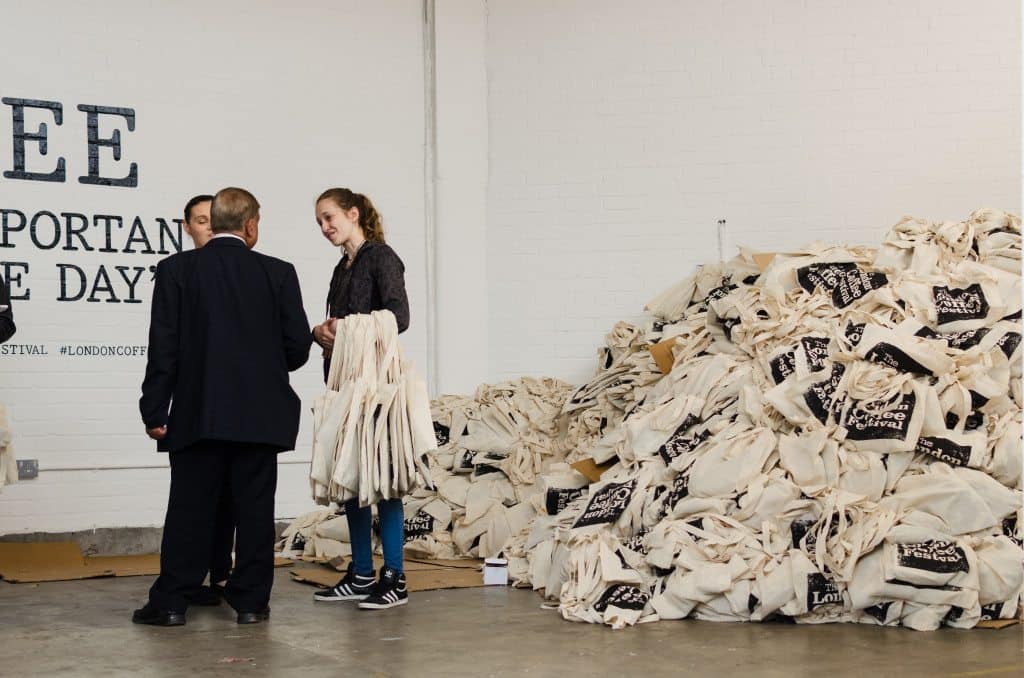 Interesting things were happening all around at the Old Truman Brewery (see the full photo gallery) but after we checked the event guide we knew we would be spending the most of our time at The Showroom where Coffee Masters took place.

We brought you the list of our favourite competitors in the previous article and we were excited to meet many of them in person. The event brought 20 of the world’s top baristas to compete in 6 disciplines – Cupping, Brewing, Latte Art, Blending, The Order Challenge and The Signature Drink – over the course of four days. After the first two days of qualification just eight best scoring baristas made it to the quarter-finals battling in the knockout rounds on Saturday. 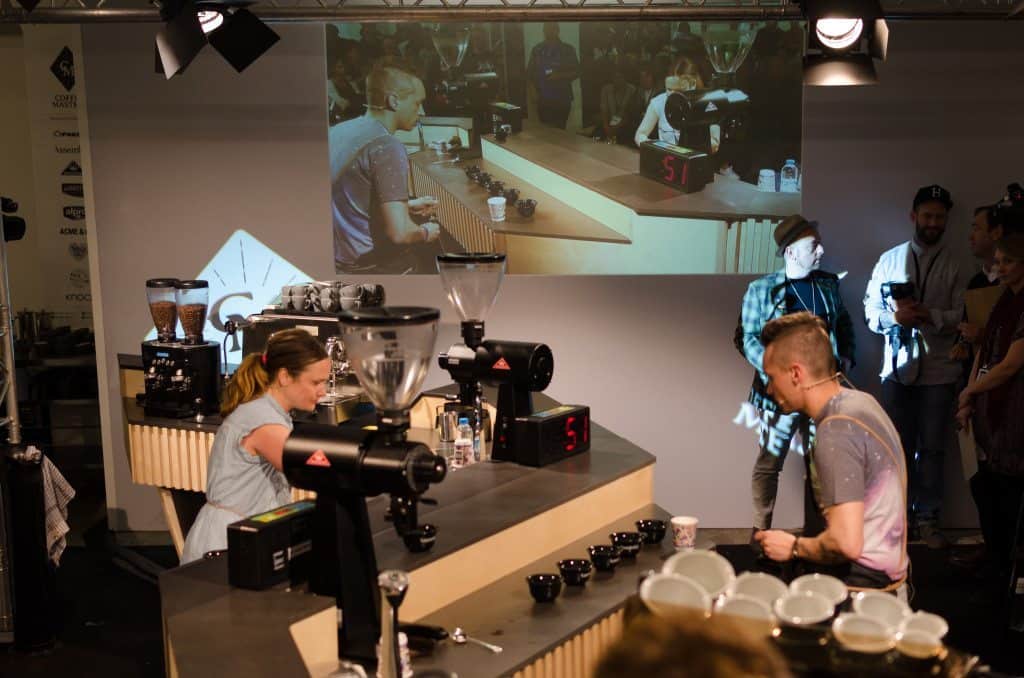 Sunday then began with four semi-finalists: Ben Morrow (Australia), Pete Garcia (UK), Patrik Rolf Karlsson (Germany) and James Bailey (UK) who were challenged to make a new espresso blend in just 30 minutes based on the previous cupping round.

James representing London’s Workshop Coffee Co. and Patrik from Berlin-based Five Elephant well deserved to be in the finals and our Euro-centric hearts were pleased to know that the title will stay in Europe. Even though the room was hot and we were constantly sweating trying to catch the right angle for the camera the competition show was getting better round by round thanks to Victor Frankowski (DunneFrankowski) and Jordan Michelman (Sprudge.com) who were the real tireless masters of the Coffee Masters’ ceremony throughout the whole final day. 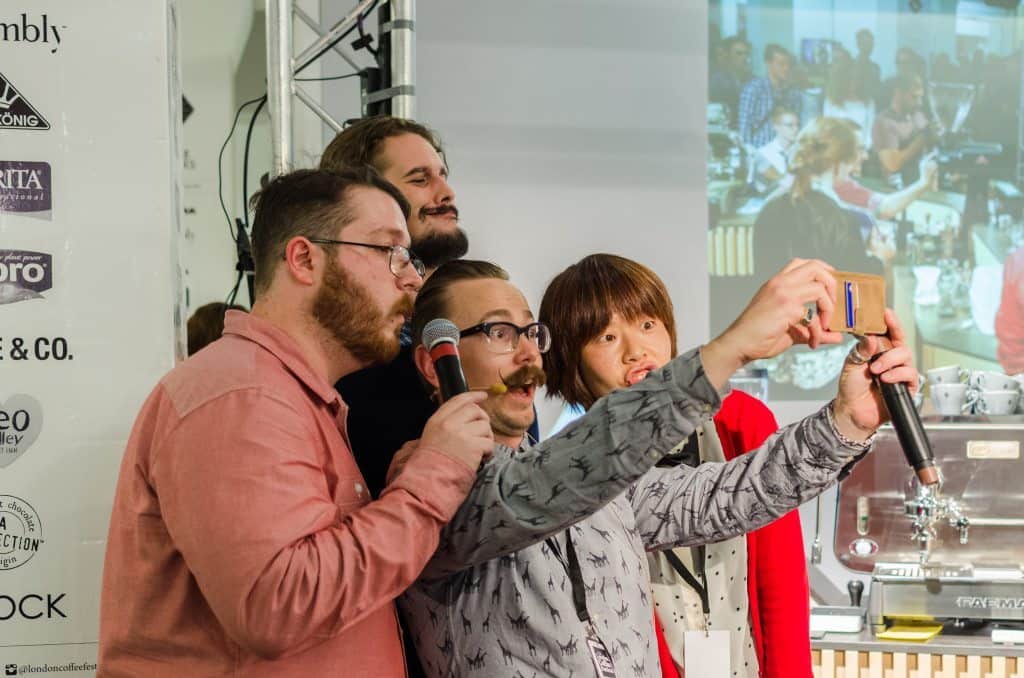 Once both guys finished their final discipline, the team of judges had to count all the points and announce the winner. The whole team of competitors, judges and organisers was tired but put their hands together to cheer on the results as Jeffrey Young, Founder of the Allegra Group, took the mic, thanked all the partners and handed the £5000 check to James Bailey – the first ever Coffee Master! 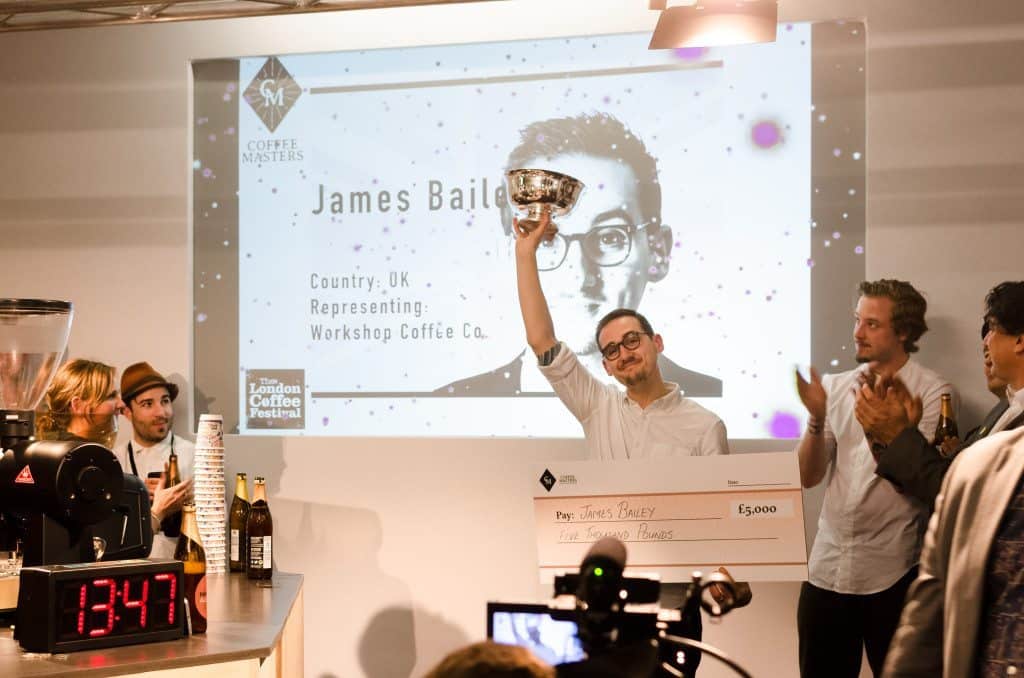 What was the recipe to win the competition? The day after the competition we were lucky enough to participate in the cupping session with James Bailey at Workshop Coffee Co. Roastery and while talking about the Coffee Masters experience he told us how important it is to prioritise in a fast-paced competition like this one. You could choose speed over quality of drinks or vice versa. James went for the quality and that is what got him the title! 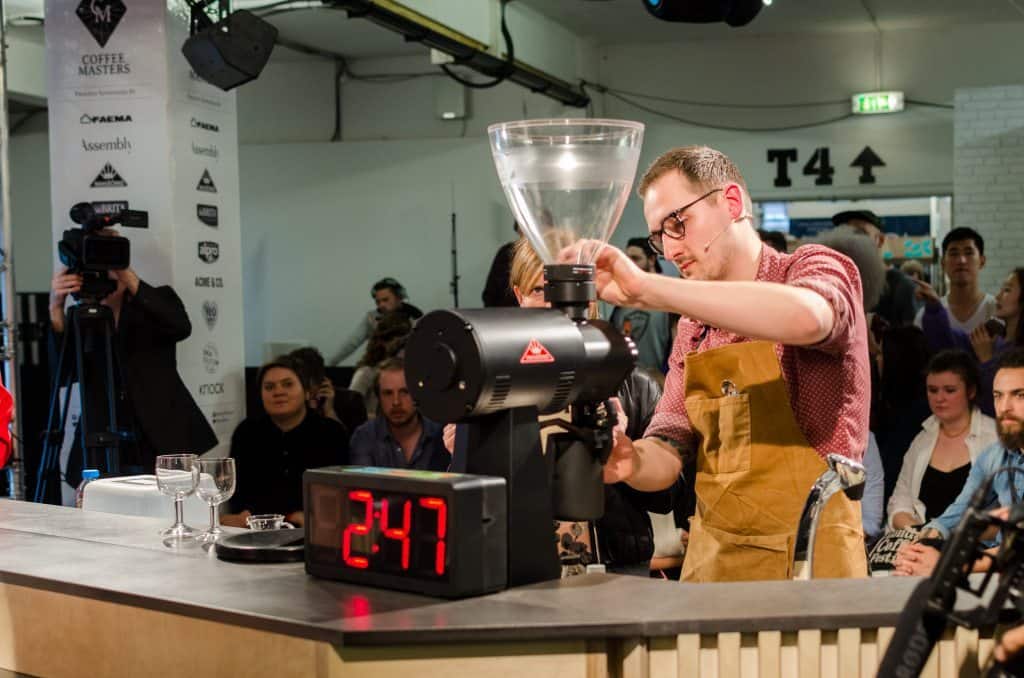 What was the most difficult discipline for the second finalist – Patrik Rolf Karlsson? “I suck in latte art but it was the order challenge because working with different kinds of milk and chocolate is not what I usually do at the roastery.” His signature drink was already famous thanks to the brilliant video where he talks about his favourite topic – the floral taste in coffee. “I’ve been tasting flowers for 3 years now in order to map out the taste and not only the aroma. It’s basically about deconstructing the floral notes in coffee and showcasing what that can be,” comments Patrik on the idea behind his signature drink. 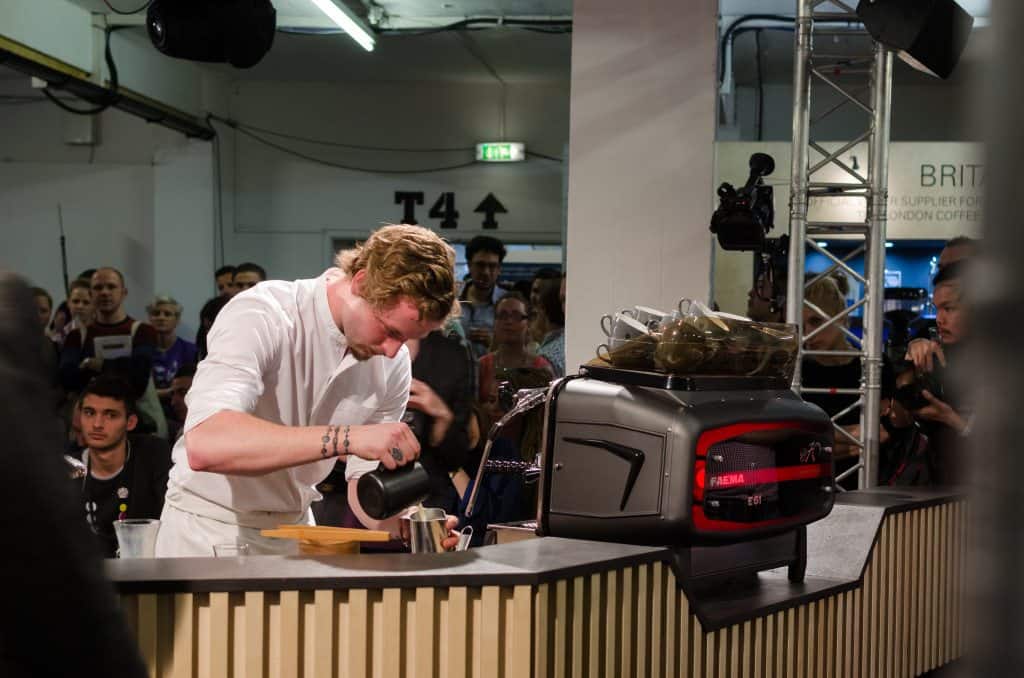 Perhaps the most difficult job of them all was the one the judges had. They had to remain focused for four days to choose the best from the best. We asked Gwilym Davies to choose his favourite discipline. “I like that they [competitors] were tested in many disciplines but if I should choose only one – the order challenge – because it wasn’t just about speed but each coffee had to be good enough to be served in speciality café,” answers Gwilym. He adds few tips for the future competitors: “They should definitely focus on their basic technique, become quick, make tasty drinks and be very clean.” 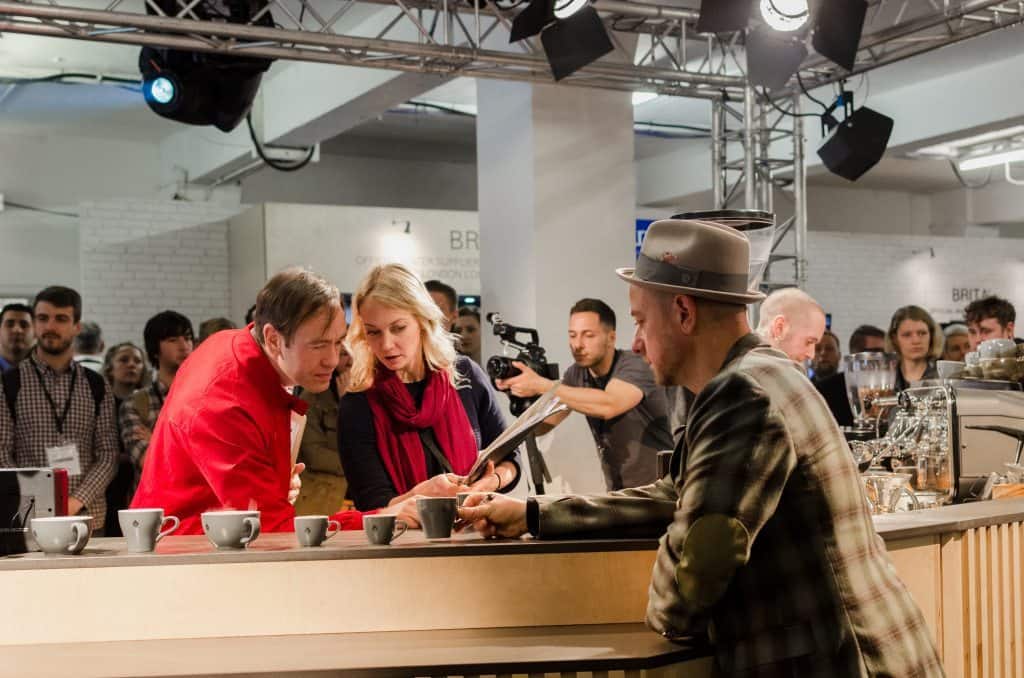 As we were told by Victor Frankowski, together with Rob Dunne, they have worked on the concept of the competition since last July and in the last few days they were totally absorbed by it. “I am overwhelmed, I have no emotional strength left, my brain is gone, I am tired, I’ve never spoken for 24 hours in 4 days,” Viktor told us right after the announcement. They are collecting the feedback from both baristas and judges so that they can apply it already this autumn as the Allegra team brings the festival for the first time to New York City where Coffee Masters USA will take place 25 – 27 September 2015.