For Fabien and Francois Knopes coffee is a family affair. These young and passionate guys are the fourth generation of Knopes Artisan Torréfacteur business. They carry the heritage of their great grandfather, Albert Knopes, who opened a grocery store with colonial goods in 1936. Soon after that he specialized in coffee. 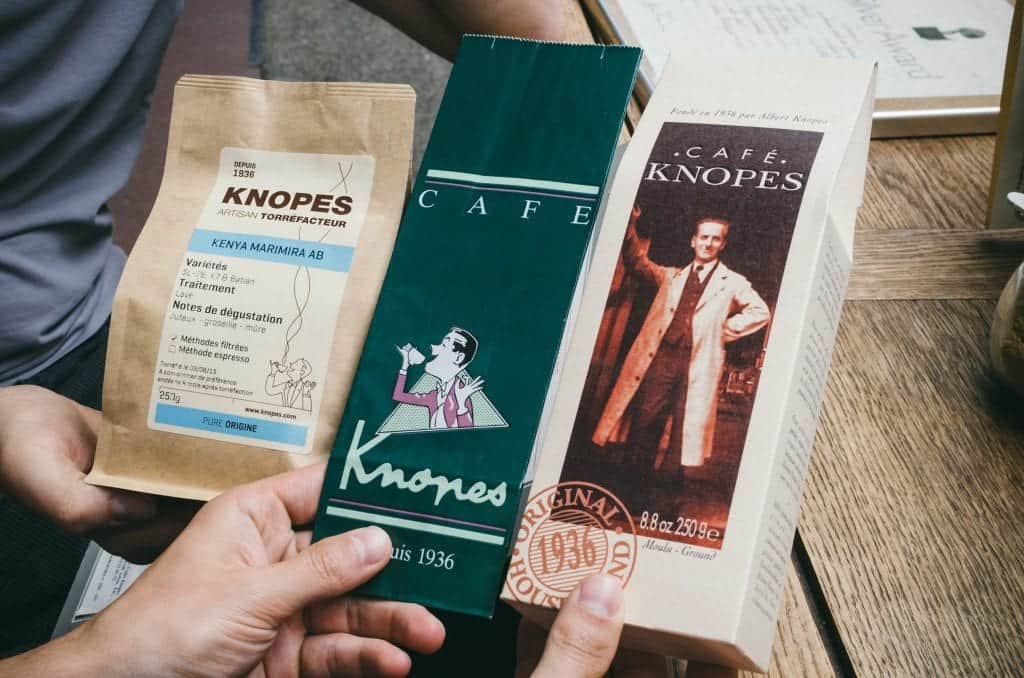 Coming from Belgium, they moved their business to Luxembourg in 2014 to establish a coffee scene in the country previously untouched by the Speciality Coffee. Join us for a coffee with Knopes brothers in their two cafés in the city of Luxembourg.

What used to be a garage in the suburbs of Luxembourg is now a culinary centre with restaurants, shops and also a roastery/café. It is called Am’Garage and it was our first stop in Luxembourg. Parking marks are still evident on the ground as a reminder of the original purpose of the building. 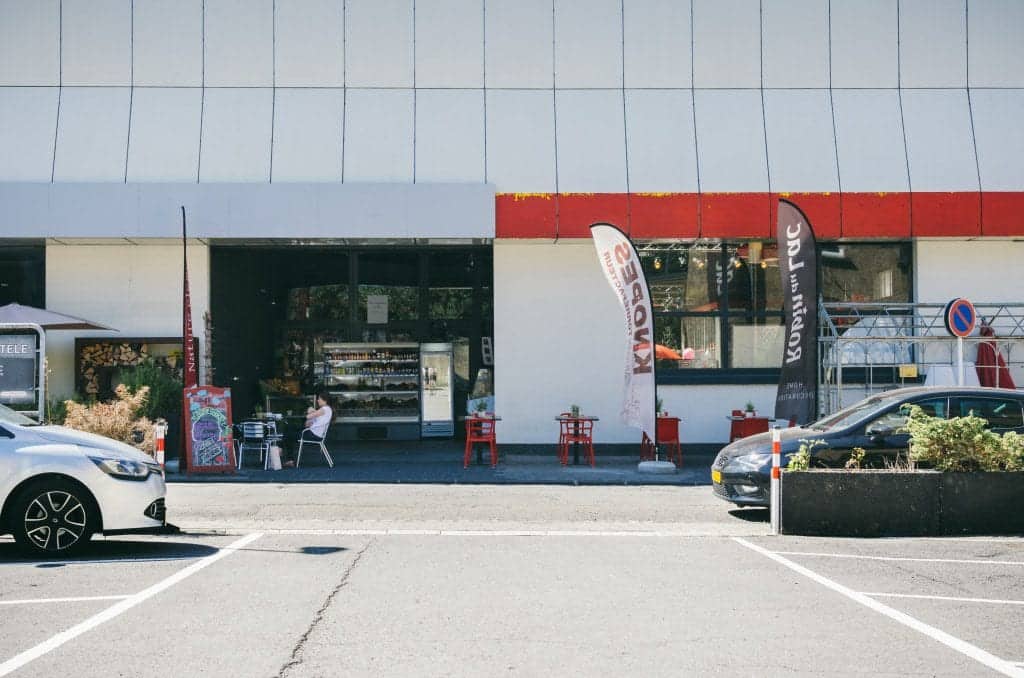 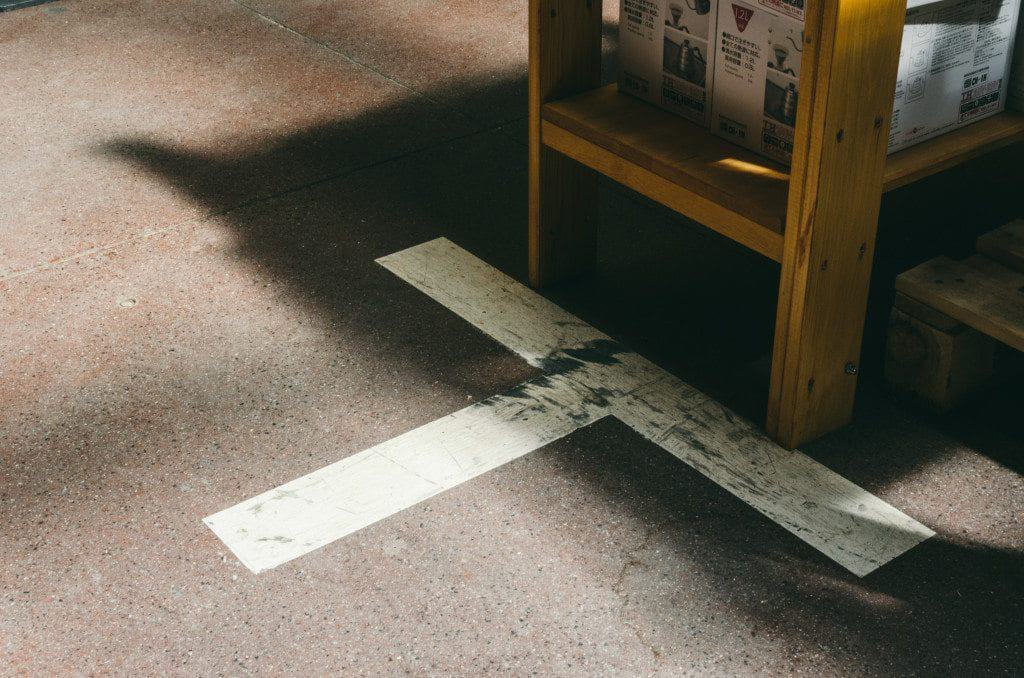 In the morning the café was of a rather calm and relaxed ambience. Volume came later in the afternoon when people gathered from the surrounding offices. We ordered our coffees, a cappuccino using a seasonal coffee branded “1936” regarding to the company’s history. This time it was Brasil Fazenda Irmas Pereira and, to our surprise, a single origin filter coffee was brewed with beans from Vietnam (Da Lat). Fabien Knopes had just a few minutes between roasting so he sat down with us and talked us through the history of their coffee obsession. 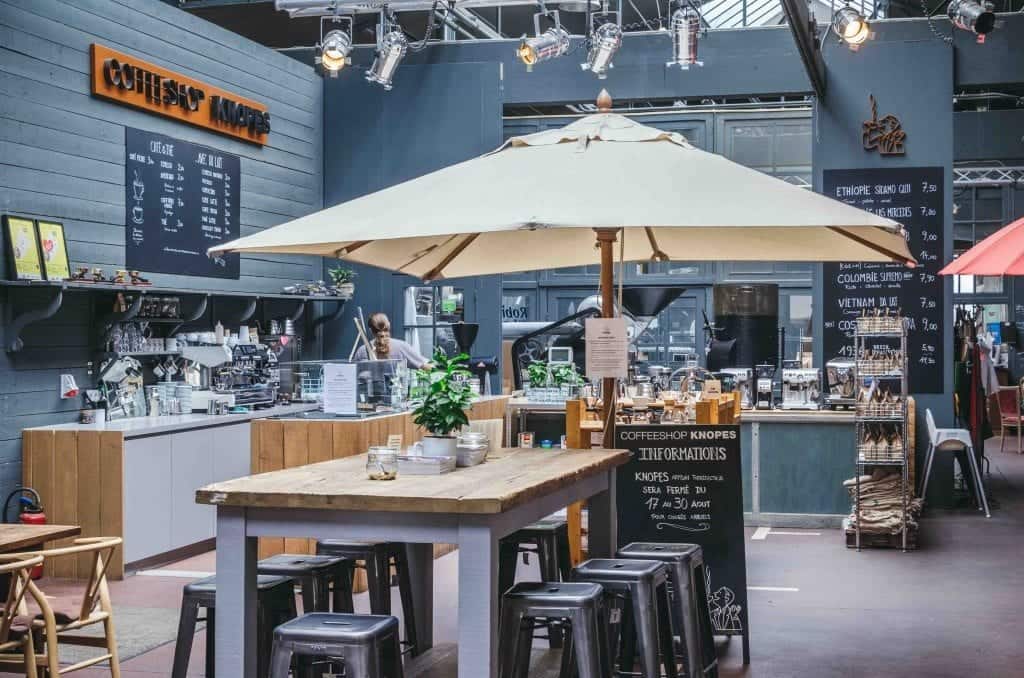 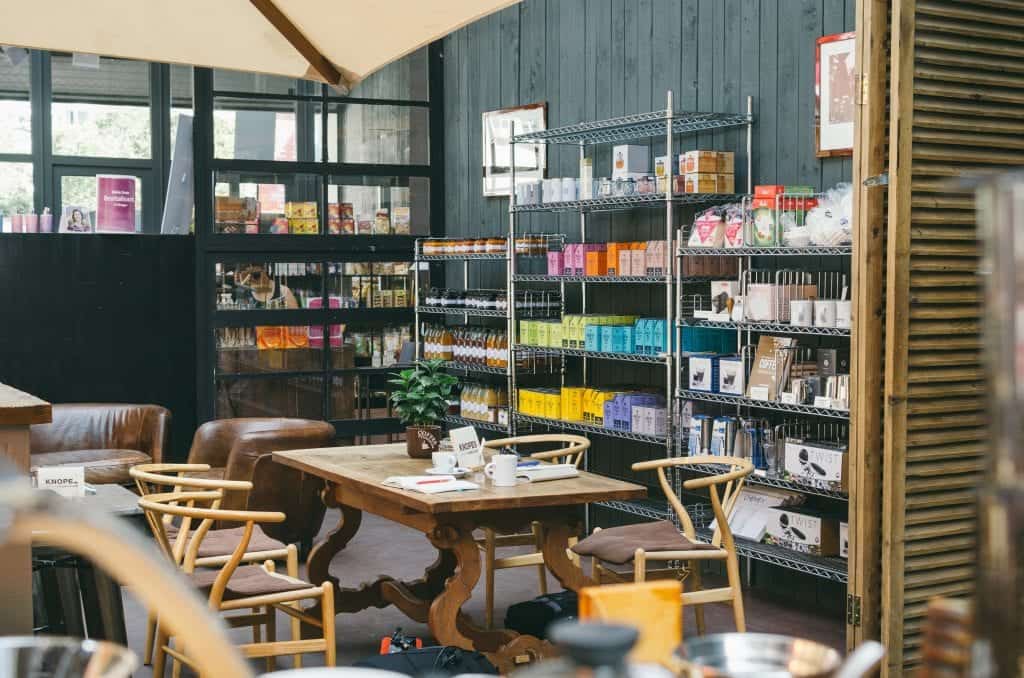 “I always liked coffee to some degree but it was only in 2009 when I cupped speciality grade coffees for the first time. Then I knew I was in love. Now I know I will spend the rest of my life working with it,” describes his story Fabien. Their father took a bold decision to move from commodity coffee to Speciality at the time few people in Europe had a clue about Speciality coffee. The brothers took over the company when their dad died and worked closely together, Francois more focused on the café and Fabien on the finance. We can easily call their place a showroom. It features not only coffee roasting and brewing, but also a large variety of coffee equipment for either espresso of filter coffee. Nuova Simonelli Aurelia II, NS Mythos II, Mahlkoenig EK43 and K30 grinders just to mention the most important pieces of coffee equipment on the bar. People often come to ask baristas for a piece of advice and to consult their experiments at home. Two days a week, customers can watch the roasting process that takes place on the Probat machine just behind the bar. 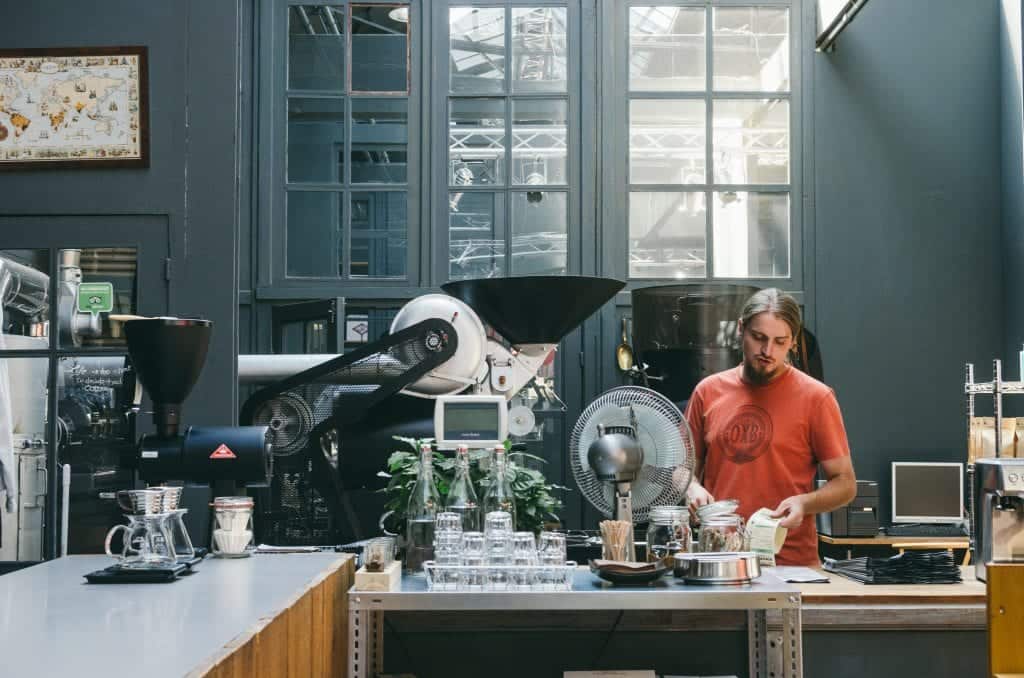 We found our way to the city centre to talk to the other half of Knopes duo. Just a bit hidden from the Avenue de la Porte-Neuve is located Knopes Café where we met Francois Knopes. He got hooked on coffee at the World Barista Championship in 2006 in Bern. Eventually Francois started to compete himself and became Belgium Latte Art Champion of 2012. Talking about the family affair, his competitor in the World round in Seul, South Korea, was his girlfriend Anaïs. She is French Latte Art Champion of 2012 and she works for the Knopes brothers in Luxembourg now too.

A Coffee Guide to Istanbul's Asian Side 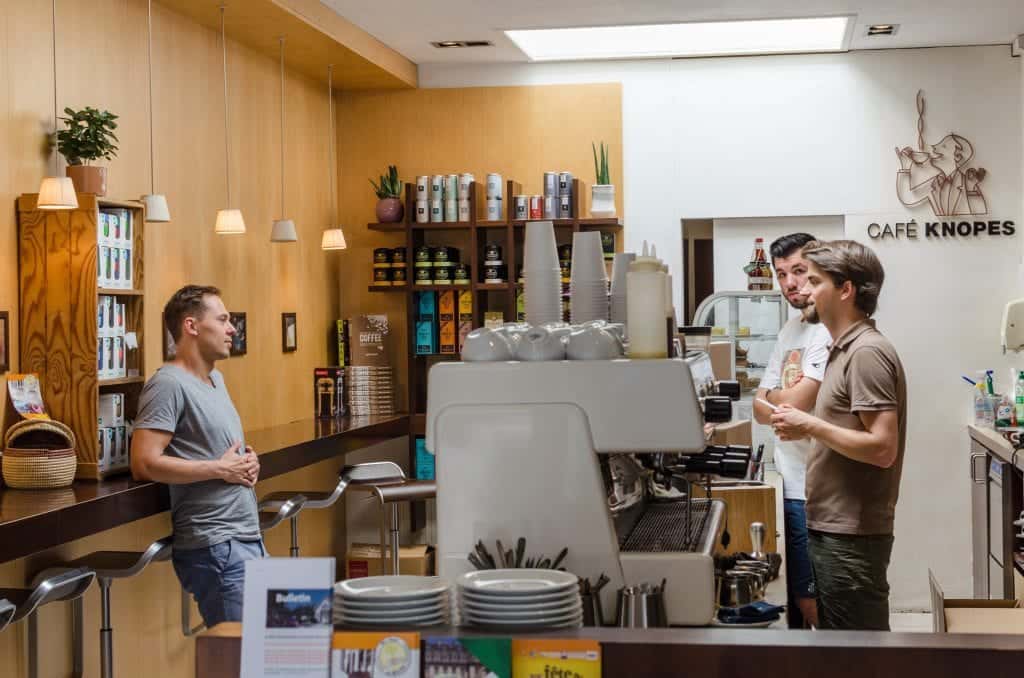 “The only thing that is worse than no coffee is bad coffee” says the sign next to the café’s entrance. Well, that is the reason to carry our coffee kit with us anytime we hit the road. We tried an experimental batch of cold brew from Kenya Marimira AB instead of espresso or cappuccino. Mikaël Portannier, French barista working in Luxembourg, brought a Toddy cold brewer with him from Paris and started experimenting. 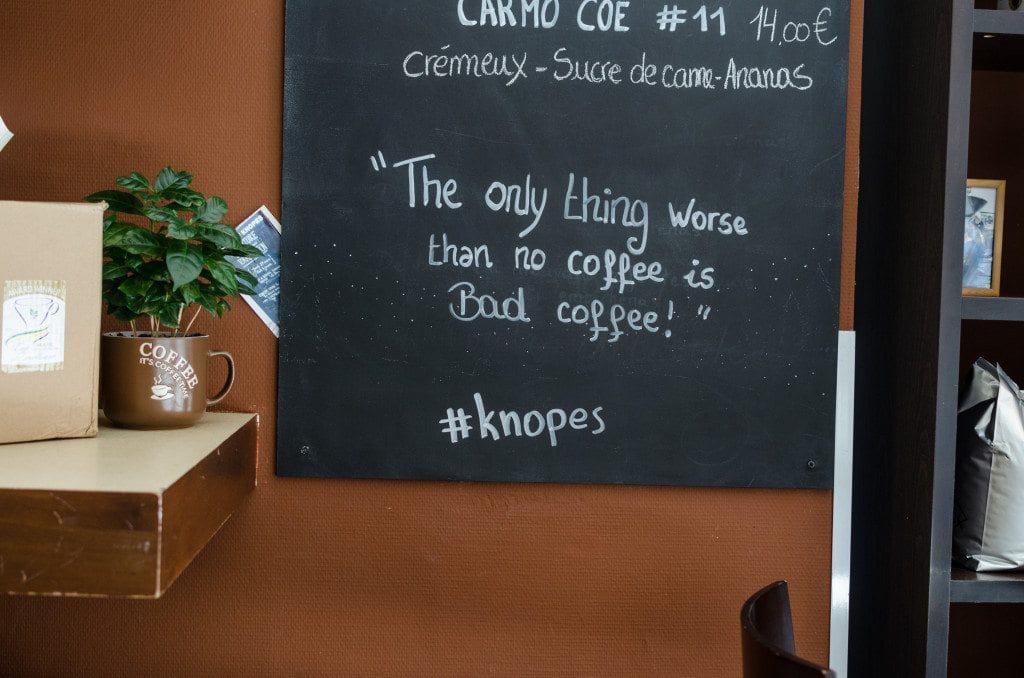 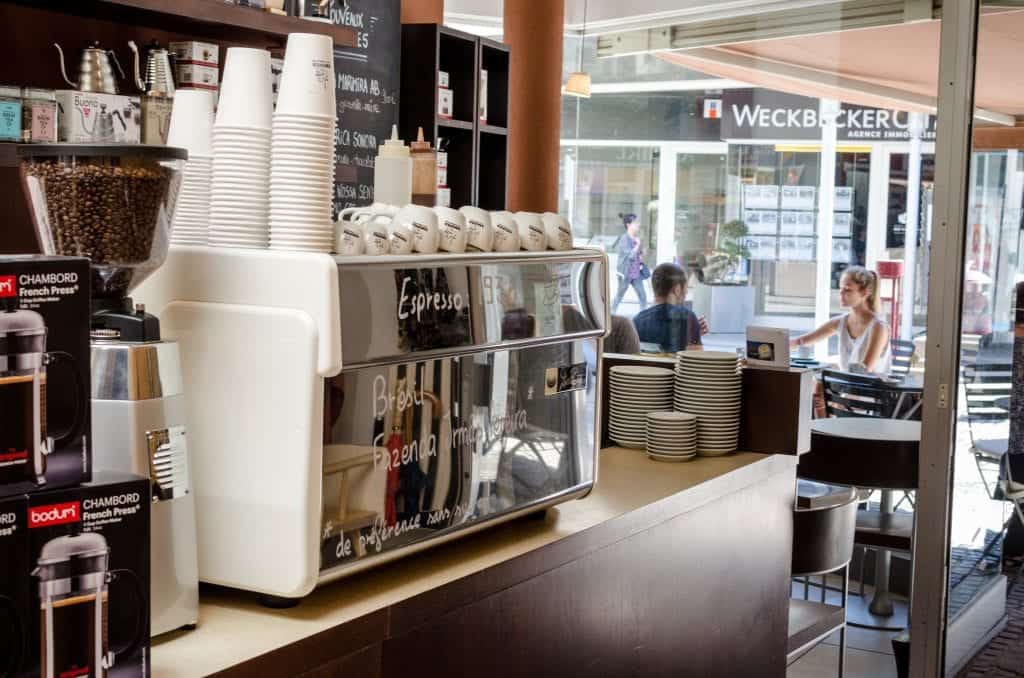 Knopes Café is a cosy small café with dozen of seats inside and outside, usually filled with Luxembourg’s international expats. These are regular customers at Knopes. They feel comfortable here due to the multicultural feel of the place that reminds them of cafes back home. On top of that they appreciate tasty coffee and good service. Although it is not a standard in Luxembourg yet, both brothers believe in the bright future of their business and speciality coffee in this small country. We wish them good luck!