We all know that a cup of coffee is composed of 99% water and only the rest of what we manage to extract from the coffee beans. This may be common knowledge but how many people and cafés takes their interest further? We know two of them and we met them during our visit in Olomouc, Czech Republic. A café called Druhý Domov (A Second Home) was hosting one of the most advanced cupping events we have ever attended – its theme was water. 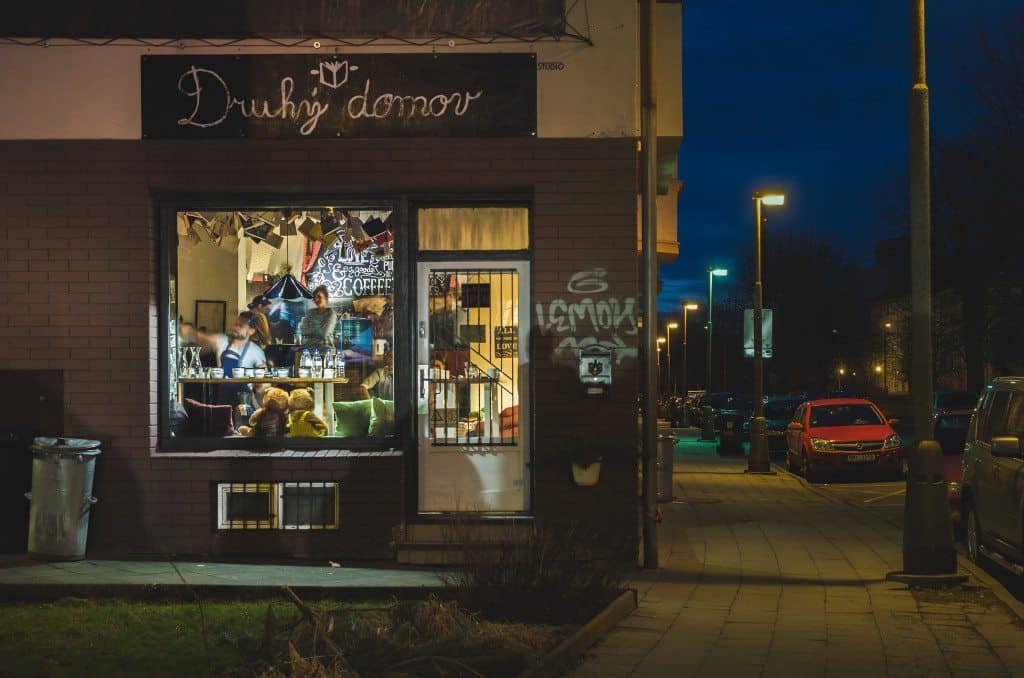 Blazej Walczykiewicz, a WCE certified judge and Coffee Proficiency representative, and Pawel Siemaszko, a Polish Cup Tasters Champion from 2010 that placed 8th in the world the same year in London and current owner of Kafo Kawiarna in Gliwice, were our guides for the evening. There were two cupping tables prepared for the audience (about 15 people) and the quality of the event brought coffee people from all around the Czech Republic. 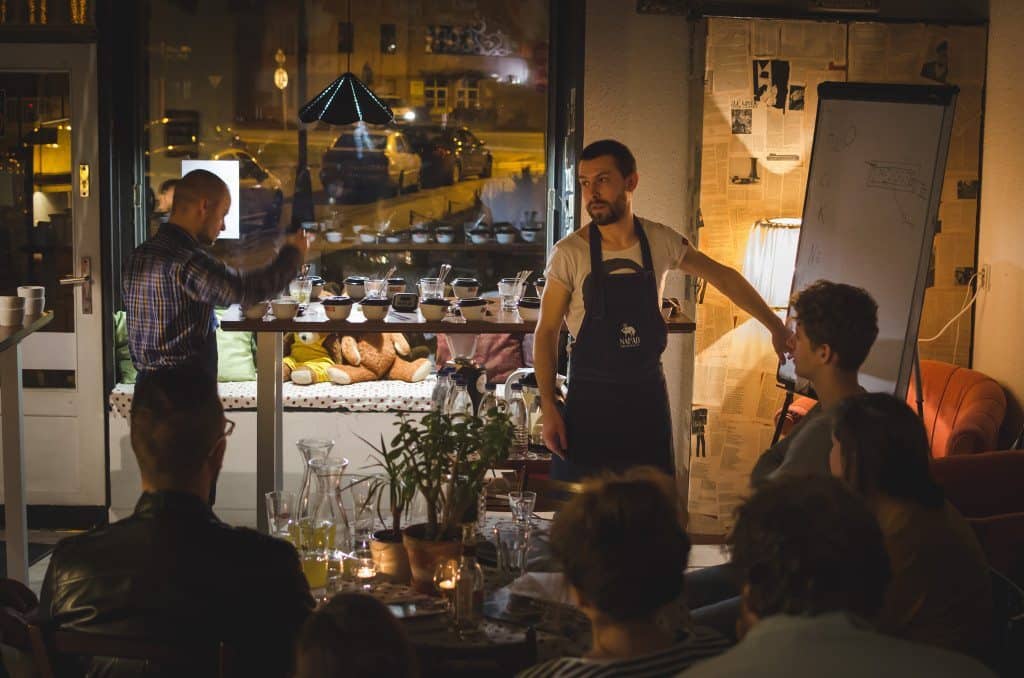 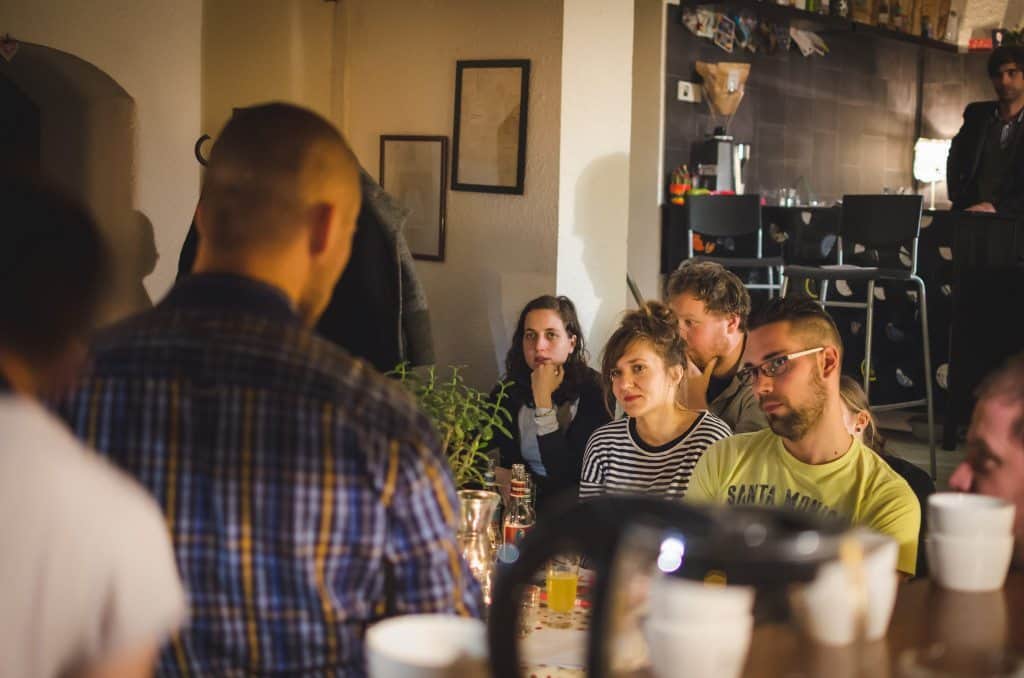 Pawel started the cupping with his own story after moving from Warsaw to Gliwice: “I thought I was a good barista, that I knew everything about coffee until I opened my own café. Figuring out what happened with coffees I knew were delicious but didn’t taste that good anymore was an incredible journey. Water was the problem and reverse osmosis was a solution at that time.” There are several characteristics of water we need to learn about and one of them is Total Dissolved Solids (TDS) where we expect good results around 150ppm (parts per million) and the acceptable range is between 75ppm to 250ppm. Lower levels for drip coffee, higher levels required for espresso type coffee. 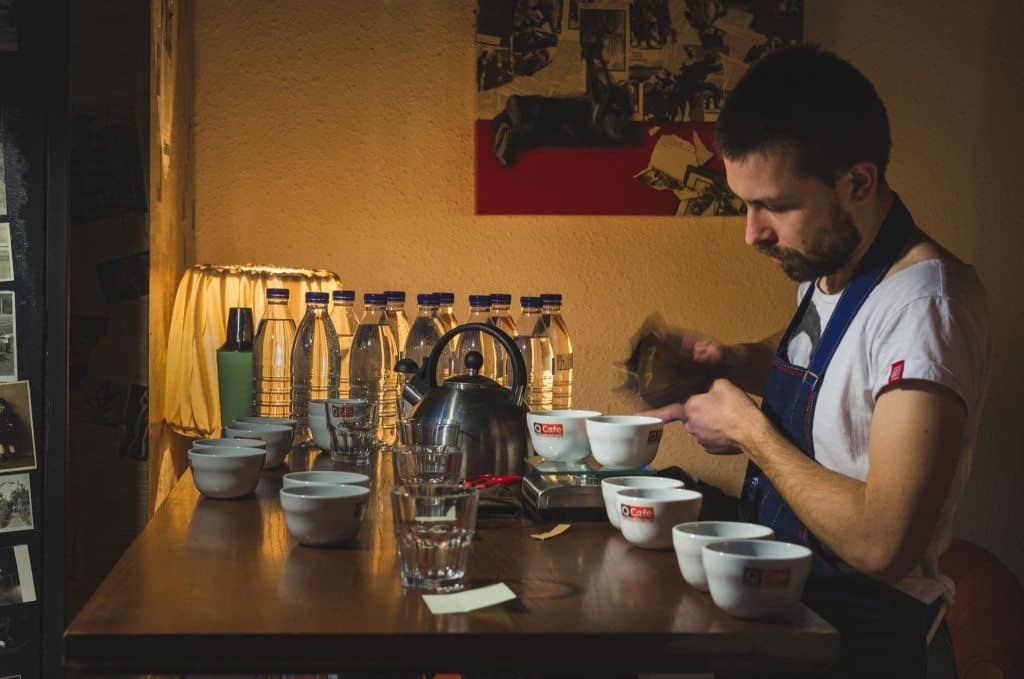 The thing is that TDS doesn’t tell the full story and we need to look what is actually dissolved in water and that was topic of the first cupping. We used water that was altered to contain only Magnesium, Potassium, Calcium, Bicarbonate buffer, or no solids at all. We used the same coffee and the differences were stunning! Some of the observations: 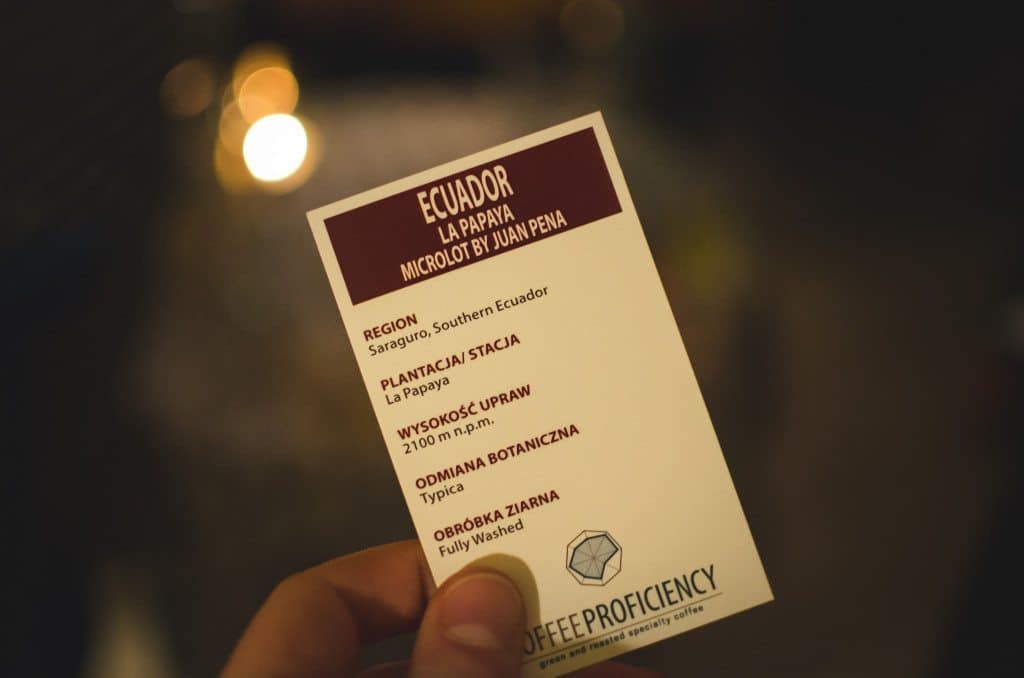 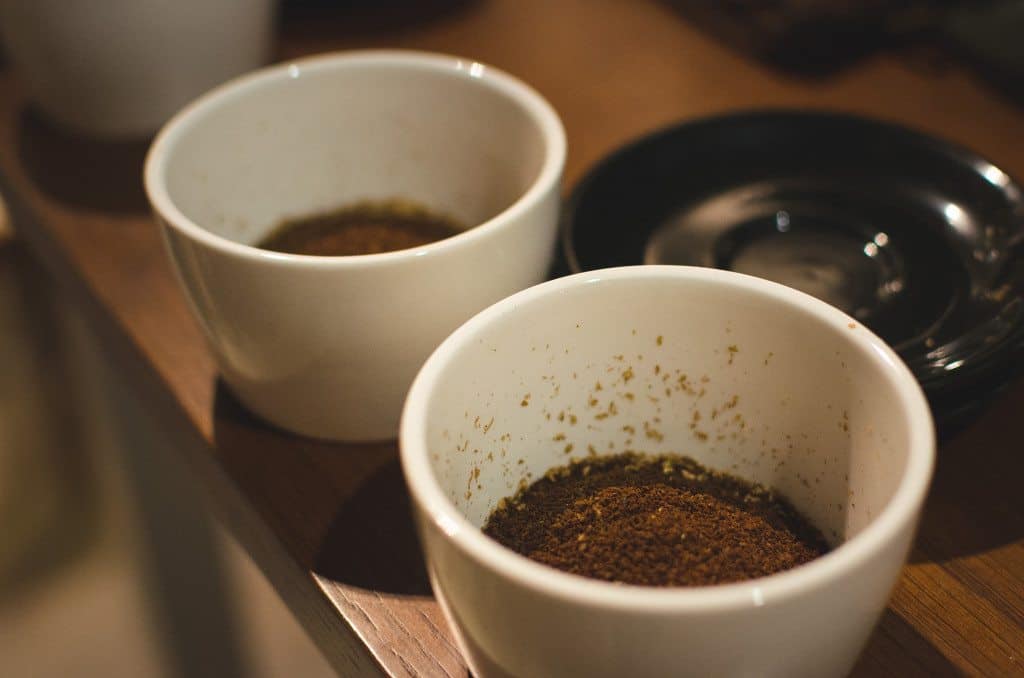 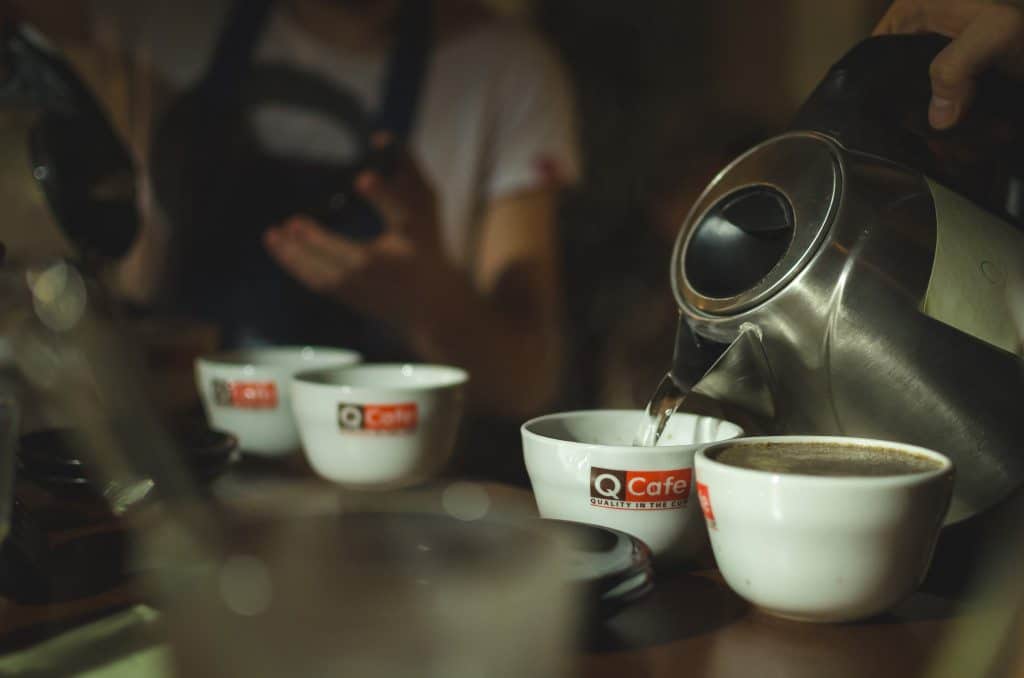 The second cupping took this information even further as we compared some “real” water. Two samples were tap water from Gliwice and Olomouc. Another four consisted of different versions of water taken from a reverse osmosis pump with minerals added in various doses. The main takeaway from this part is that TDS itself, when considering the taste of coffee, doesn’t say that much unless you know what minerals are dissolved. The most favourable sample has TDS 300 ppm (way above the recommendation of Specialty Coffee Association of America) and contents of Calcium and Magnesium in a 1:1 ratio. Unfiltered tap water scored the worst in both cases. 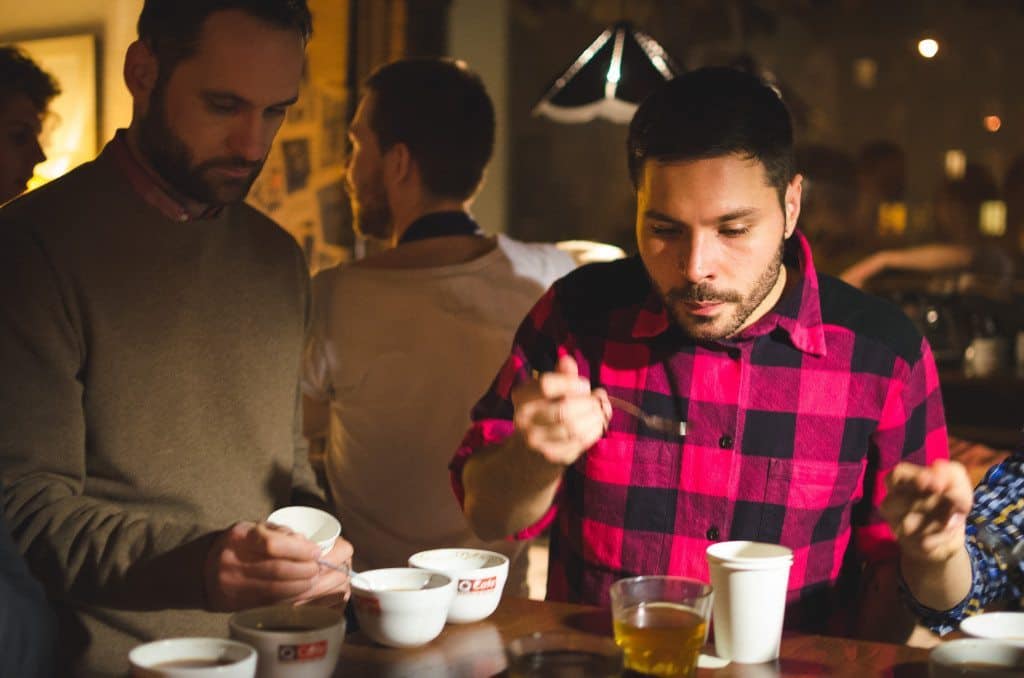 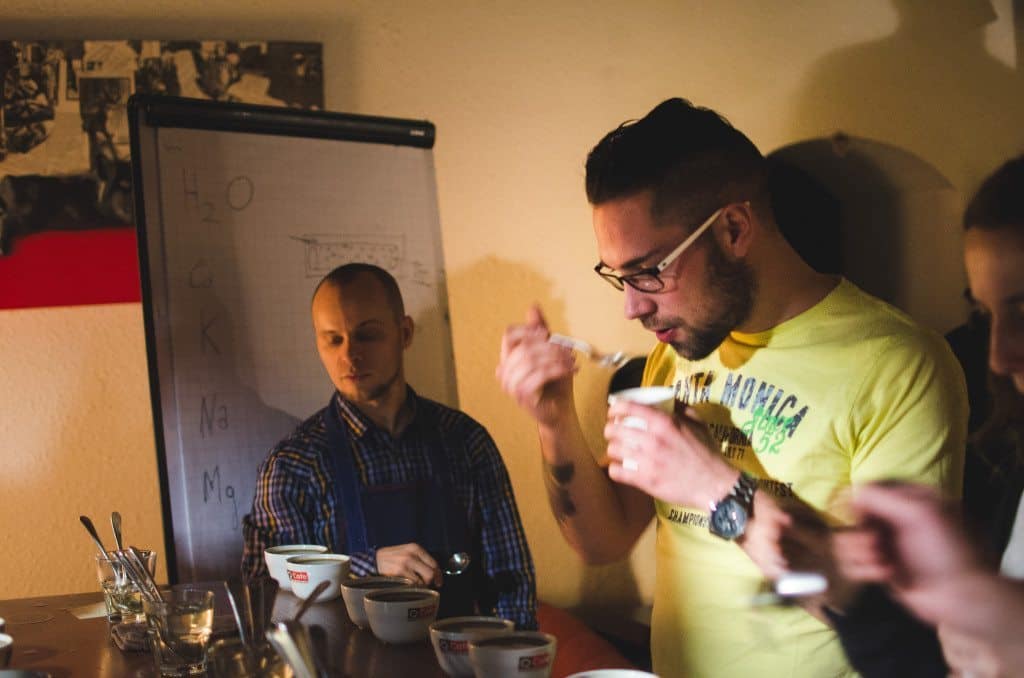 Where can we, as coffee lovers, take away from all this? As Blazej mentioned at the end of the event: “If you want to learn more about water for coffee you should seek out forums about aquaristics or beer brewing. It’s funny that coffee industry, something that depends that much on water, is so many steps behind.” 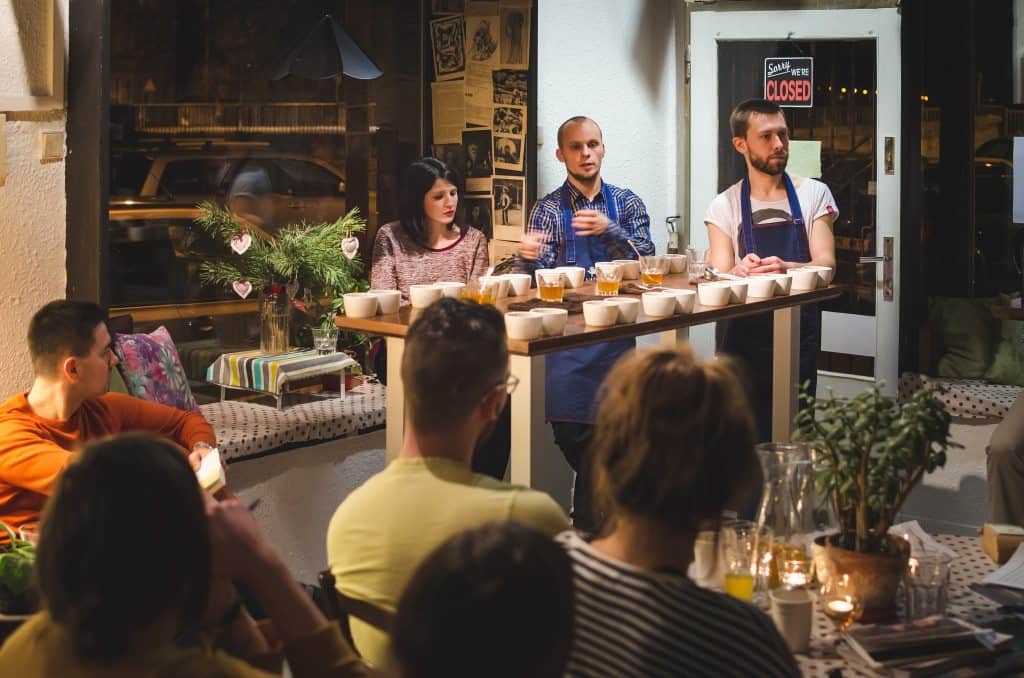