On a sunny Saturday afternoon, 3rd June, the coffee community of Vienna gathered at the spacious cafe of Coffee Pirates Vienna where the 2017 Austrian AeroPress Championship was held.

The AeroPress events enjoy quite the attention as those that invite everyone to take part in a fun format competition. It was to nobody’s surprise then that 36 competitors were brewing in 13 rounds. Out of three brewers in each round, only the best went to the next one, eventually coming to the last round of two best brewers. The list of competitors welcomed, for example, the champions from the previous years, apart from others. 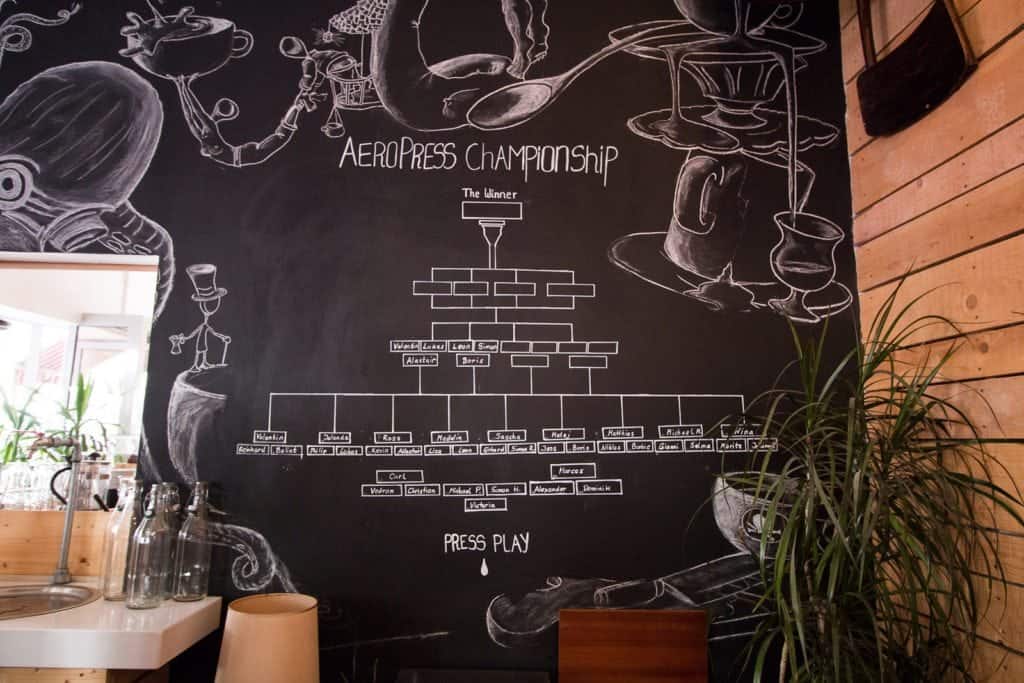 The judges were represented by John Stubberud who you may have seen at one of the many barista competitions that he attends as a head judge, or at his Kaffe Alchimie in Salzburg. He was joined by Matt Sealby of Falcon Coffees, green bean buyers that source and trade coffee from 18 producing countries. Together with John and Matt, European Coffee Trip's co-founder Ales Pospisil took on the role of a judge too and the three of them went through a countless number of blind tastings. 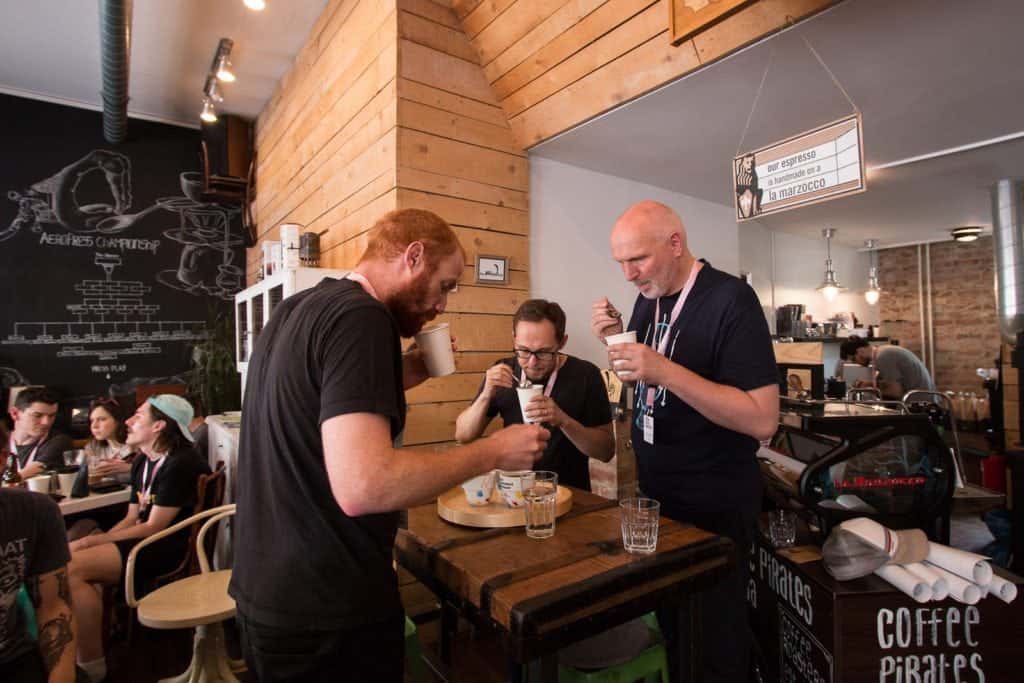 By the end of the competition Werner Savernik, the roastmaster at Coffee Pirates and the host of the event happily announced the winner Matthias Zechner of BUNA Kaffee, Graz who was followed by Boris Ortner of Kaffeemodul, Vienna. Matthias will be going to Seoul, South Korea in early November 2017 to represent Austria at the World AeroPress stage!

Add water to around 200g total amount, taste it, potentially dilute with more hot water according to taste, and enjoy!

Type to search or hit ESC to close
See all results
We use cookies to ensure that we give you the best experience on our website. If you continue to use this site we will assume that you are happy with it. OkPrivacy policy