Freshdrip: The Barista In Your Pocket For Less Than €1

I know what you may be thinking. This is the worst marketing claim you could think of. I can understand that. I am always sceptical and critical of buzz words and click-bait. On the other hand, if you take a step back and turn the title into “making great coffee more accessible”, it opens a new angle for a discussion. Isn’t that the goal of all of us in the coffee industry? 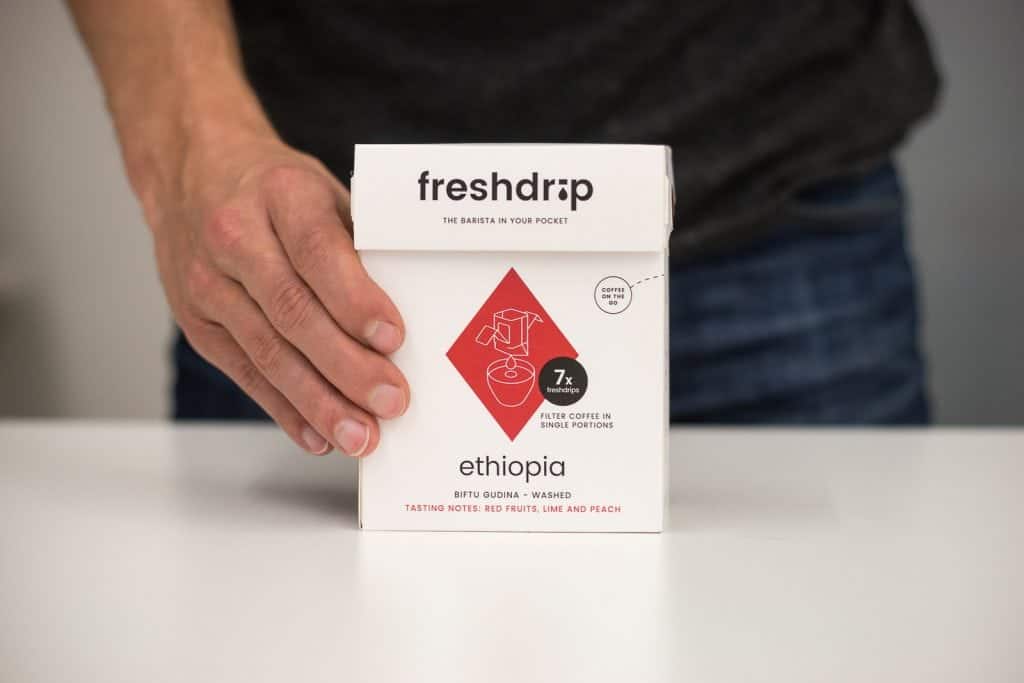 When Alex Kitain of Amsterdam's The Coffeevine told us about his new project I was intrigued. I have been asked numerous times for the best way to brew coffee at home, while travelling, at the office or in a hotel room. Of course, since I constantly explore what options the market offers, could Freshdrip be a solution and an answer to many of these questions? I remained sceptical, but knowing Alex’s passion for delicious coffee, I knew this would be interesting.

Tasting Freshdrip for the first time

I received a package of four boxes, with each of them containing seven single portions of coffee. Three boxes had coffees from Ethiopia—one was decaf—and one came from Brazil. The tasting notes sounded promising: stone fruit and lime for the washed Ethiopian Biftu Gudina, and chocolate and vanilla for the pulp natural Brazilian coffee from Irmas Pereira's farm. 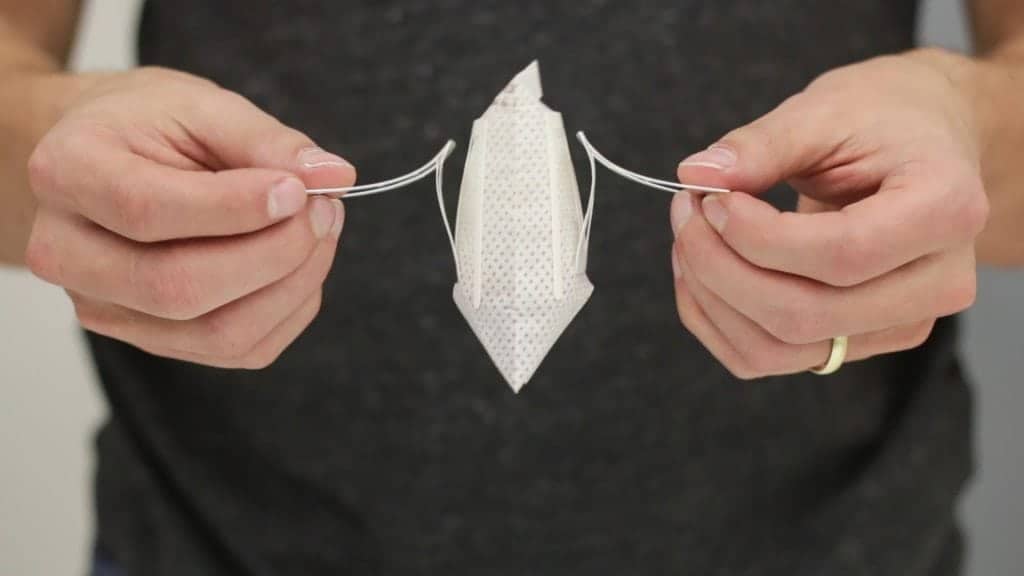 The preparation is relatively simple; anyone could brew it. Simply put a Freshdrip sachet on top of your mug (its paper sides hold it on the rim of the cup), then pour hot water right over the sachet with the pre-ground coffee. Easy!

I had my cup in a few minutes and it tasted damn good. I tried it another time on an aeroplane to Oslo, and at the airport in Shanghai. It didn’t disappoint either. After sharing Freshdrip with some of our friends who travel all time their reactions were very positive. “These small bags you gave us taste really good,” they told us. It seems that Alex Kitain has introduced an interesting product to the European market, so where did this idea come from? 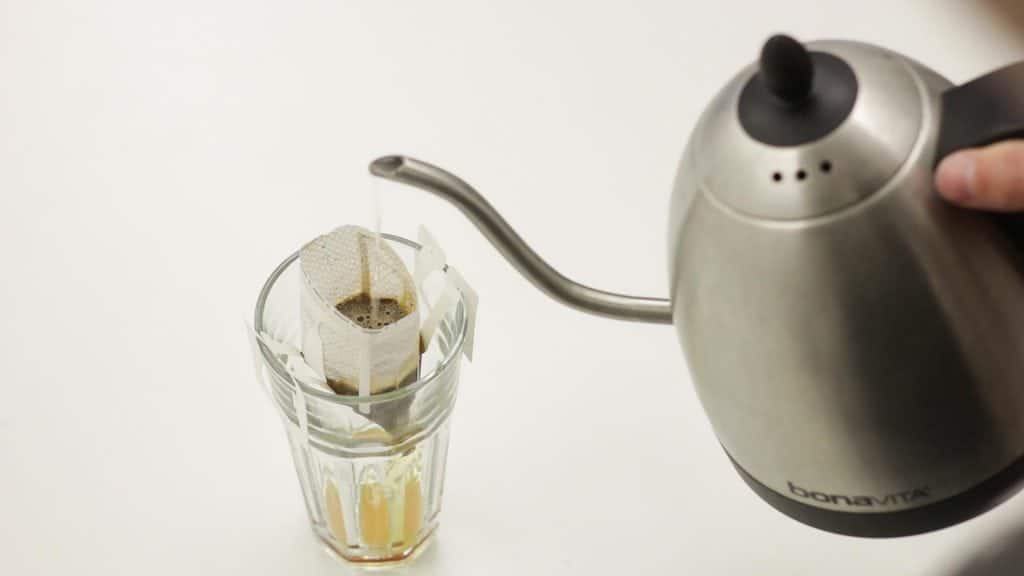 “I saw this kind of brew method all over Asia. In Japan and Taiwan where I visited on that trip, I found drip bags in every Airbnb or hotel where I stayed and many roasters also offer their coffees in these single portion drip bags with their own coffee. It was a real Eureka moment for me because I thought to myself: ‘Why is no one doing this in Europe?’, describes Alex, on the origin of Freshdrip.

“The thing I noticed, however, was that the market had a lot of generic brands that were completely forgettable and my goal is to create a brand that is cool, approachable and fun while maintaining a premium feel,“ adds Alex, on how differently he sees Freshdrip finding its position in the European market.

How can you keep pre-ground coffee fresh?

“Before I launched Freshdrip with my own coffees, I had a prototype made in Japan using coffee from a Japanese roaster. This was last March (2017), just in time for the Amsterdam Coffee Festival, and I recently had one of those bags to see how it tasted now, almost a year later, and the freshness was incredible.”

On Becoming an Authorised SCA Trainer with Manon Larrieu 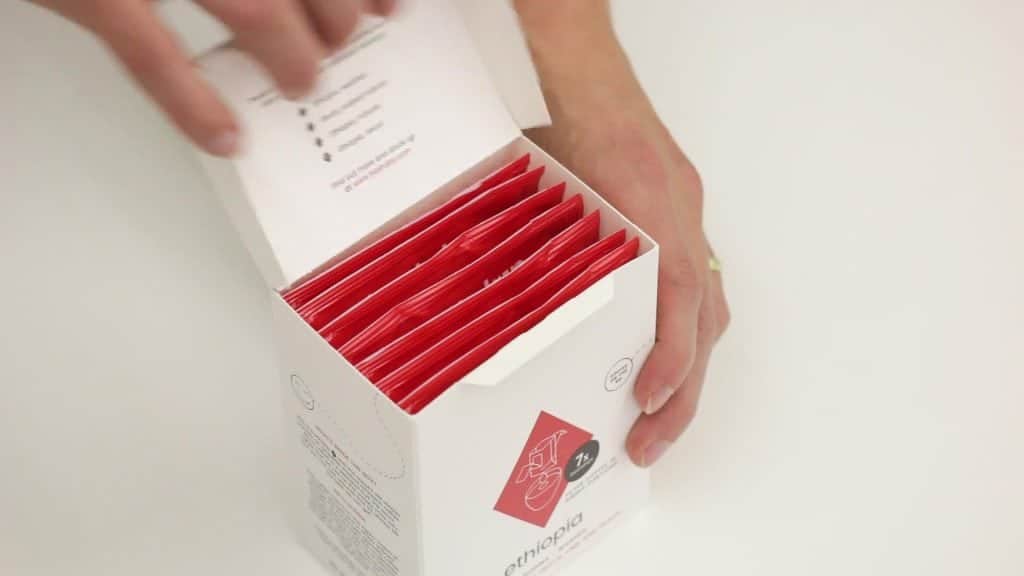 Alex explained that each sachet is flushed with nitrogen to conserve the coffee's freshness and the product has a guaranteed shelf life of at least 1 year. “Naturally, some people might think: ‘Pre-ground coffee? Ew!'. But the product is collecting opposite reactions. One American customer recently posted on Instagram: “OMG! This thing just blew my mind!”. The founder of Freshdrip shared that this was one of the most common reactions, too.

An alternative to instant coffee

“You have to look at it this way: Freshdrip bridges a gap between instant coffee on one end of the spectrum and Nespresso on the other end. It will never be the same as freshly grinding your beans, but it's damn well close,” concluded Alex. 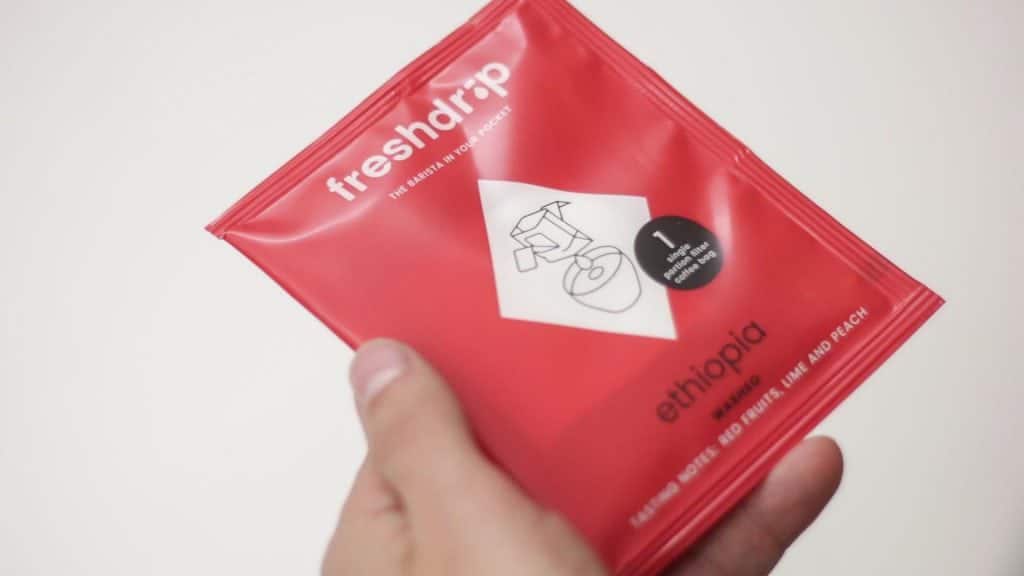 Alex Kitain understands and accepts the shortcoming of his product. He doesn’t want people to throw away their AeroPresses and drippers. He created an appealing alternative for many coffee drinkers though. He is still at the beginning, but his ambitions are high. “For the time being it's only me. I am currently in the process of looking for investors who are keen to take Freshdrip to the next level. My ambition is to become the Nespresso of filter coffee and I think the product is strong enough to get us there.”