Taste of the Czech Barista Championship 2017

Who would be the best Czech barista of the year? That was the question that hundreds of visitors attending the Czech Barista Championship 2017 asked themselves. After two years the event returned back to Jatka78, a multifunctional theatre hall located in the Holesovice District, Prague.

Yet again it turned out to be the perfect place for the celebration of coffee brewing skills that took place on the weekend of 11-12 March, 2017.

Over 21 baristas signed up for the first round of the competition. 17 of them joined the semifinals hosted by Cafe Prostoru in Prague and the best 12 of them continued the strive for the title in the finals on the weekend. It would be limiting to think about the event only as a barista competition though, since it was a coffee festival organised around the main competition schedule. A wide range of public hence joined the supporting families and friends of the competing baristas, cheering for their favourites. 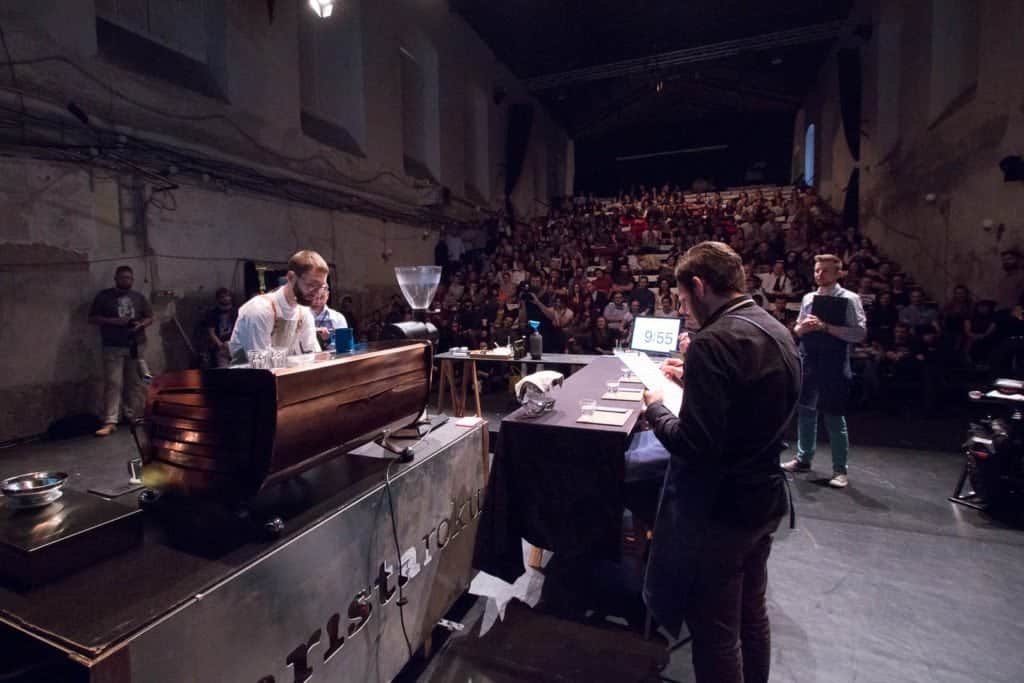 People got to taste espresso-based drinks and hand-brewed coffee from many local and international roasters. Coffee lectures and discussions filled nicely the time slots between the competition presentations. The one and only Jaroslav Slamecka took on the role of an MC, tirelessly entertaining the whole audience. One of the greatest highlights for many visitors was the chance to taste the competition coffees directly from the baristas after their routines. They were even brewed on the same competition model of Victoria Arduino Black Eagle espresso machine. One lucky cafe will adopt the machine soon which we still wonder about.

The weekend finals saw twelve baristas take stage, battling for the title with their creative routines. We were also happy to recognise several names from previous years, seeing lot of growth and hard work. 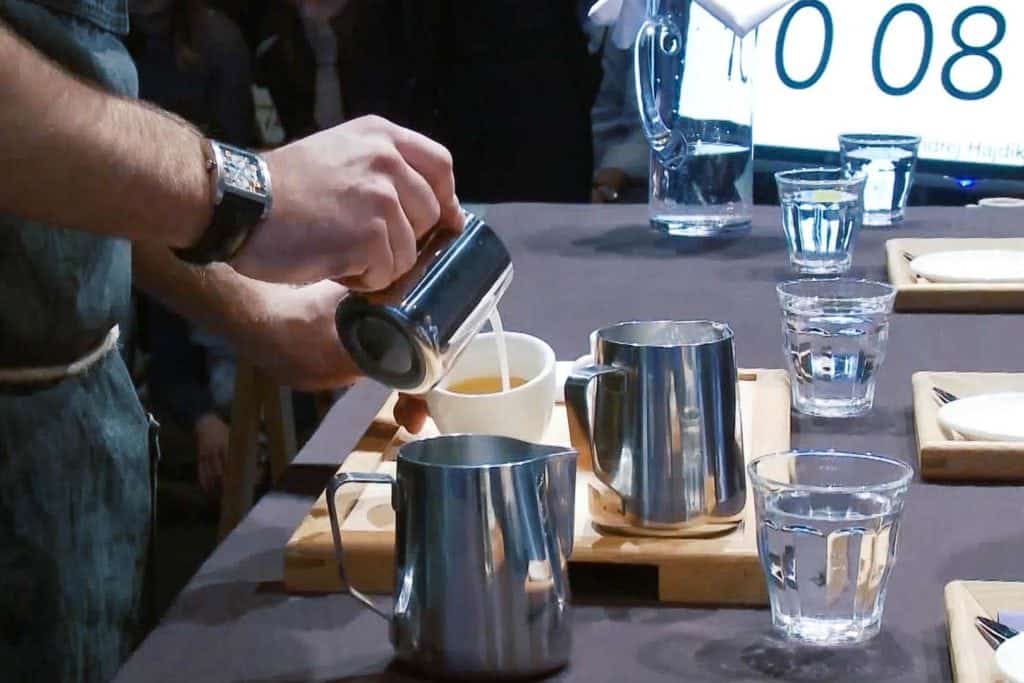 On Sunday evening, when all competitors had already shown their skills and international judges had counted the scores and checked the numbers, it was time for Stepan Neubauer, the co-ordinator of SCA Czech Republic, to invite all baristas onstage. As exciting and nervous as the announcements could be the first were revealed: the best signature drink, prepared by Jan Škeřík (Double B); the best espresso, brewed by Jakub Nikel (Urban Café) and the best milk beverage, served by Zdenek Hybl (Onesip Coffee). 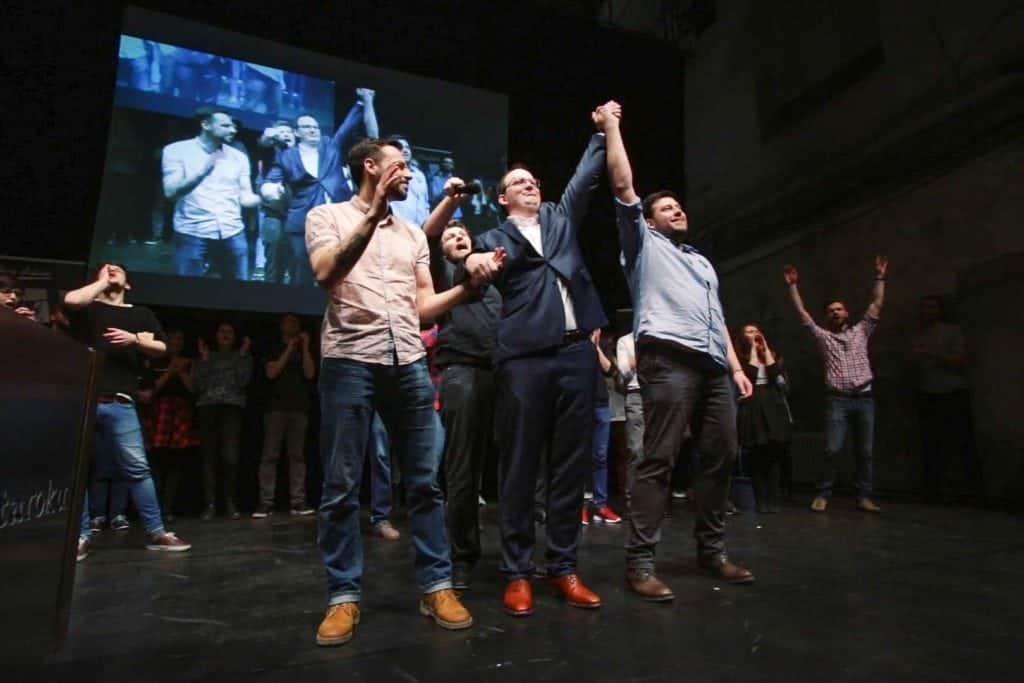 Only few more seconds separated the public from knowing the 2017 Czech barista champion. Third place was taken by Zdenek Hybl, the co-owner and a barista at Onesip Coffee and the contestant at London Coffee Master 2017. The second place was won by Ondrej Hurtik, a barista at Místo, Doubleshot Coffee Roasters. Ondrej is the former barista champion who could then hand the trophy over to the hands of the new champion.

A Story Supremo Coffee – Pioneers of Specialty Coffee in Germany 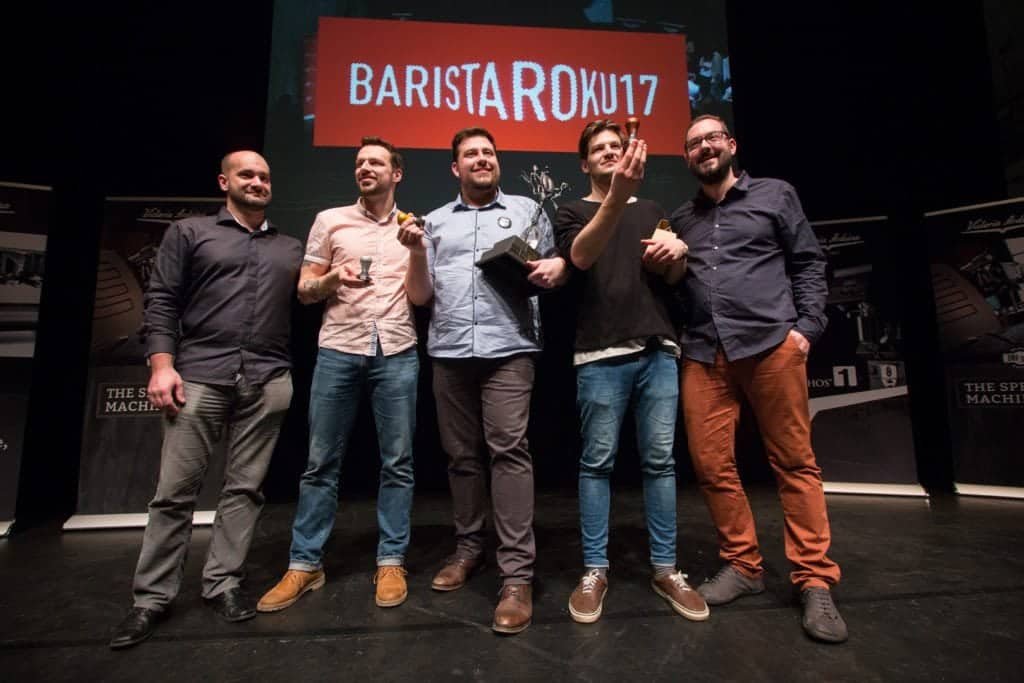 Czech Barista Champion 2017 title was earned by Jan Škeřík, the head-barista at Double B Prague. Congratulations! Jan will represent the Czech Republic in Seoul, South Korea, in November.

Taste of the champion’s coffee

We could not leave you without any information about Jan’s winning coffee. It may come as a surprise that Jan’s coffee was grown in Brazil. It was a naturally processed coffee grown at the altitude of 1300 m a.s.l. in the Minas region. This Brazilian red and yellow bourbon variety had the taste descriptors of yellow melon and red apple. As you may guess that is not very common for this region nor the altitude.

What made this coffee special then? Last year, three weeks of strong rains caused a premature fall of 30% of the coffee cherries growing on the trees. Simultaneously, this prolonged the ripening process for a whole month. All that allowed the remaining cherries to get the extra nutrients from the trees, as well as the time needed for a full development of sugars inside of the cherries. These special weather conditions may not repeat next year, which makes this coffee really special and unique.

You can come to say hello to Jan Škeřík and taste his coffee at Double B coffee & tea Prague!