Professor Jonathan Morris Ph.D is a Research Professor at the University of Hertfordshire, UK, who has published extensively about the history of coffee. Professor Morris spent several years living and studying in Italy in the late ’80s and most of the last three decades were spent researching and understanding Italy's modern history and global coffee consumption. Two fields that many times intersected.

His latest publication ‘Coffee: A Global History’ tells in detail the story of coffee from its origin many centuries ago, in the forests of Ethiopia, to this day. 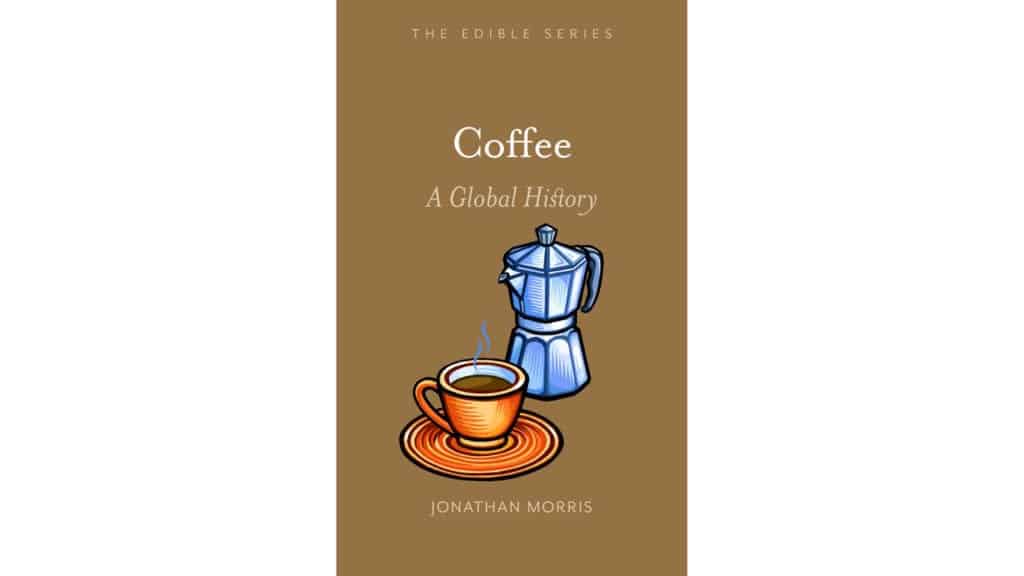 As a guest to the Milan Coffee Festival 2018, Professor Morris gave a lecture about the Italian coffee culture. Afterwards, he sat down with Omri Almagor to chat about the future of the Italian coffee scene and the place the Specialty coffee has in it. His observations and knowledge gained from years of study of the field are very interesting, especially since Specialty coffee is still so new to the majority of coffee drinkers. As Omri says himself: “… there are a handful of specialty cafes in a few big cities in the north of Italy. Even fewer in the center and south. For example, there are about 15 specialty cafes in Lombardia. There are 30,000 coffee bars in Lombardia. Contrary to what we see in other parts of Europe though, the concept of coffee chains is mostly foreign to Italy—with the exception of McCafe. Starbucks is opening its first few shops in these days, and other big European chains are absent completely.”

Omri added: “As a foreigner living in Milan through the changes the Italian coffee market is undergoing, it is nothing short of amazing. This is still a very traditional market, serving a decent (though monochromatic) espresso in most street corners, but we’re seeing sprouts of specialty cafes, designed spaces and big chains. There’s a whiff of something new in the air.”

A big part of this interview is dedicated to making readers understand that our “new world” definition of Specialty coffee will not translate to Italian on a vast scale, not just yet.

Professor Morris, how, in your view, have things changed in the last few years?

“The idea of the coffee shop as a place to sit and spend time, rather than the coffee bar to go, have your quick coffee and leave, was introduced.”

From the spaces' side we're beginning to get closer to the variety of coffee shops that we know across Europe – not just Specialty independent [cafes], but also small chains and locations embracing the idea that coffee shop is a place to sit and spend time, and not just to have a quick coffee. I'm seeing more places that serve coffee alongside a small meal, allowing people to linger, in opposed to eating quickly in a Trattoria or Tavola fredda (a buffet-style restaurant).

My guess is that this was an opportunity that came out of the 2008 crisis and changed the scenario.

It's also very recently that we've seen the use of the word “Specialty” in Italy and there's the further understanding that Specialty isn't just espresso and that there can be more than just the house blend. There's a whole variety of coffee and you start seeing Chemex and V60 served at some locations. That strikes me, particularly in how fast it built, but those locations are still few in number.

You’ve mentioned the traditional coffee market – a bar at the bottom of every second building, offering a basic experience and coffee. Will that segment also go through a change?

The traditional Italian coffee has its many followers and offers a balance between flavour and body. Specialty coffee moved the focus away from the balance towards the more unique and distinct notes and tastes. Perhaps even moved too far.

It will be very much a generational change where Specialty will first find its way into the hearts of the younger consumers and the simple neighbourhood bars will probably be the last stand of traditional coffee.

Specialty coffee is a foreign concept to the Italian market. Where do you think the connection can be established?

“The opportunity for Specialty is to extend choice and to operate for those who want to move outside traditional boundaries.”

That is also why Specialty goes hand in hand with non-traditional places and non-conventional societal attitudes and why it's attractive to a lot of groups who feel otherwise marginalized. The Specialty community tries to be much more open in that regard. This is the basis of this community formed around coffee and offers more than just knowledge but also the story of those involved in it.

As Specialty is a non-traditional concept in a traditional market, is there a better word to describe where the Italian market should be heading?

It's what you want without being over the top. It actually means a better than average coffee, which does what it needs but offers a bit more. If it's a football player in a match, he'll score a 6 out of 10 in the sports papers. So, coffee that has a taste profile, is balanced and will be a blend. INEI [Italian Espresso National Institute] has already defined the characteristics of Italian espresso quite nicely and that could be kept also with a higher quality of coffee, even if not Specialty by definition.

Cafes are becoming more similar to the coffee shops around Europe in style and atmosphere, but do you need to serve a better and more expensive coffee in those places to be attractive?

“The coffee is going to have to support a better price for you, and that's a difficult concept in a place where espresso is a euro.”

Do you need to serve better coffee? No. But if you want to make a profit from your coffee, especially in Italy, you have to, so you can ask for a better price. You'll also have a variety of other beverages, some will be “more style than substance” and not necessarily Specialty – perhaps coffee-based sweet drinks. These drinks will bring in more audience, you can charge more money and it will keep people seated longer. One reason is that there is more to drink, and that is true also for Specialty brewing methods.

The other element of growth is a bakery and offering a greater variety of small snack-like food. 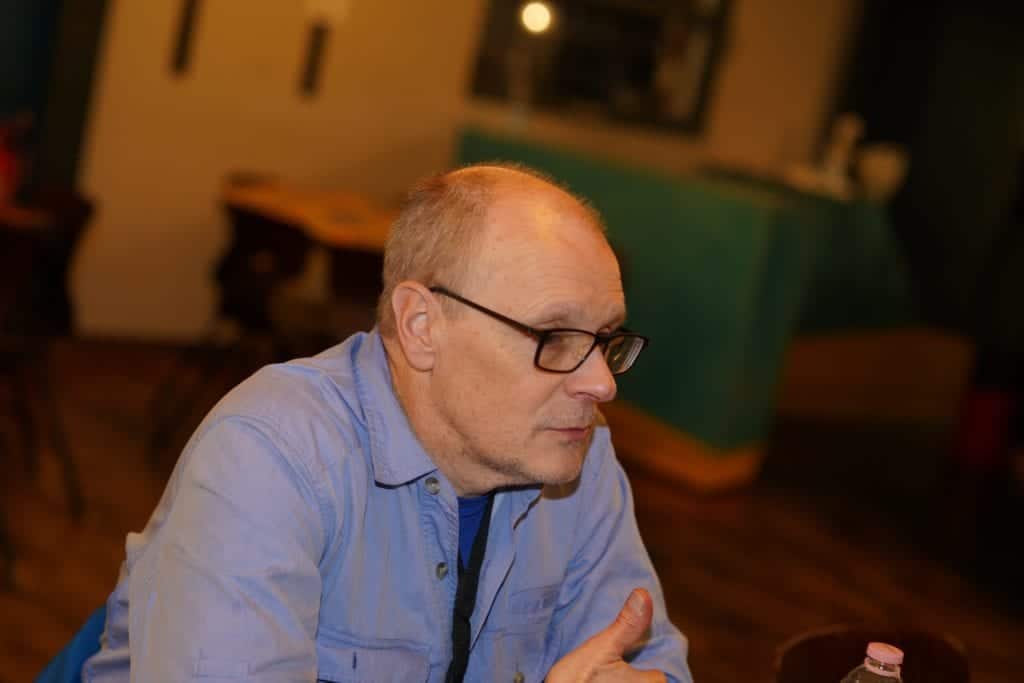 “I'm a bit shocked, having seen the queues outside Starbucks, and that throws me a little.”

On Becoming The Champion with Michalis Dimitrakopoulos

A great outcome will be to see the same large number of roasters producing a bigger variety of coffee, which has much more of a story and thought to it and aims to be a ‘valido' coffee. That would the best outcome, alongside with a Specialty sector and Italian Specialty independence – which we're starting to see in Italy and which is contributing to some of the best moments the Specialty movement in Europe is seeing currently.

A bad outcome would be if we see the chains becoming more commercial, dominate the locations and drive down the number of roasters. That would not be a positive way forward, it could severely hurt the culture of local neighbourhood bars and drive down the variety. The worst scenario would display an increase in the coffee price and a drop in its value across the market.

A decent compromise would be to see more Italian chains offering something local. In that sense, Caffè Napoli is impressive for doing something which is both socially authentic but also fits a format that is easy to reproduce. So an increase in such types of chains could spell a better future than a rapid spread of Starbucks.

The Italian bar owners are very much dependant on their roaster for a package deal of coffee, machine and service. This kind of agreement can be somewhat of an obstacle to change. How can we get around it?

“The nexus between roaster, machine and bar is one based on price all the way through.”

The way to change is for roasters to offer better varieties, more blends and more origins, so bars could offer the house blend plus two. The customers will show which coffee they prefer and how much they're willing to spend on it.

Any change is driven ultimately by someone thinking there's money in that change, and in this transaction, the money has to come from the consumer, which will have to be willing to spend more.

Most Specialty is based a bit on the notion of “serve it and they will come” and you hope that they will. The same thing will apply here if there will be a demonstration of market demand for a better or more diversified coffee.

Examples of such successes in Italy are Caffe Terzi in Bologna and Caffe Del Doge in Venice. For many years they've been serving the house blend at a price a bit over the norm but also offering a few more blends and single origins. In this manner, they are opening their clientele to new possibilities and driving the market forward. Another example is Cafezal in Milano, that might mostly serve their basic espresso but also guide the customers through their brewing range.

Small roasters and micro roasters also have a big part in bringing about the change. By having their own establishments to serve their coffee and by being less constricted by the limitations of a heavy business outfit they could offer creative solutions.

Thank you, Professor Morris, for your valuable insight into the development of Specialty coffee scene within such a traditional market as Italy’s.

The interview was edited and Prof. Morris’ full replies were condensed for clarity and readability.