Dan Fellows is the 2018 World Coffee in Good Spirits Champion who has started competing already seven years ago. His competition journey also began with the same category, of mixing spirits and coffee, which we consider one of the most difficult competition categories. One that is usually taken on by the already experienced barista competitors. He launched himself into learning and competing in 2012 and has not stopped since.

2018 was not Dan Fellows’ first time winning the World title though. The Wholesale Account Manager at Origin Coffee Roasters (UK) has been an active and successful competitor since his first competition. In 2012, Dan received the first title of the UK CiGS Champion, followed by winning in 2018 and 2019 UK CiGS Championships. He also gained the first place in the 2016 UK Barista Championship. On the world stage, he placed 4th (2012, World CiGS) and 9th (2016, World Barista Championship).

We spoke to Dan to get a bit of background to his current job in the speciality coffee sector, to understand his experience with competitions and his motivation to compete, as well as to know his predictions for the future of speciality coffee. 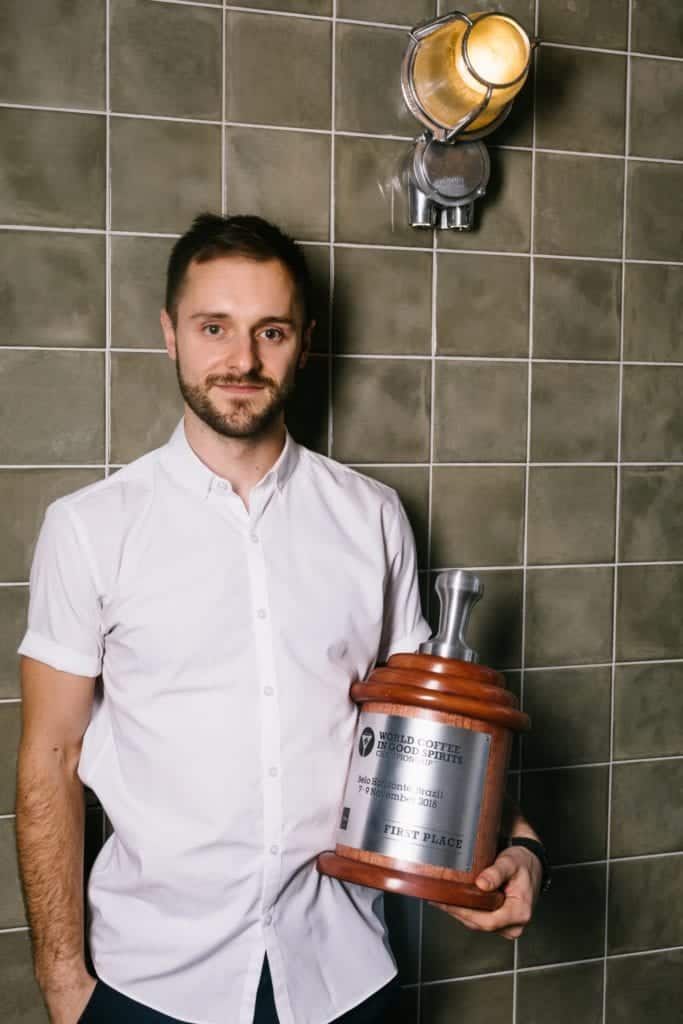 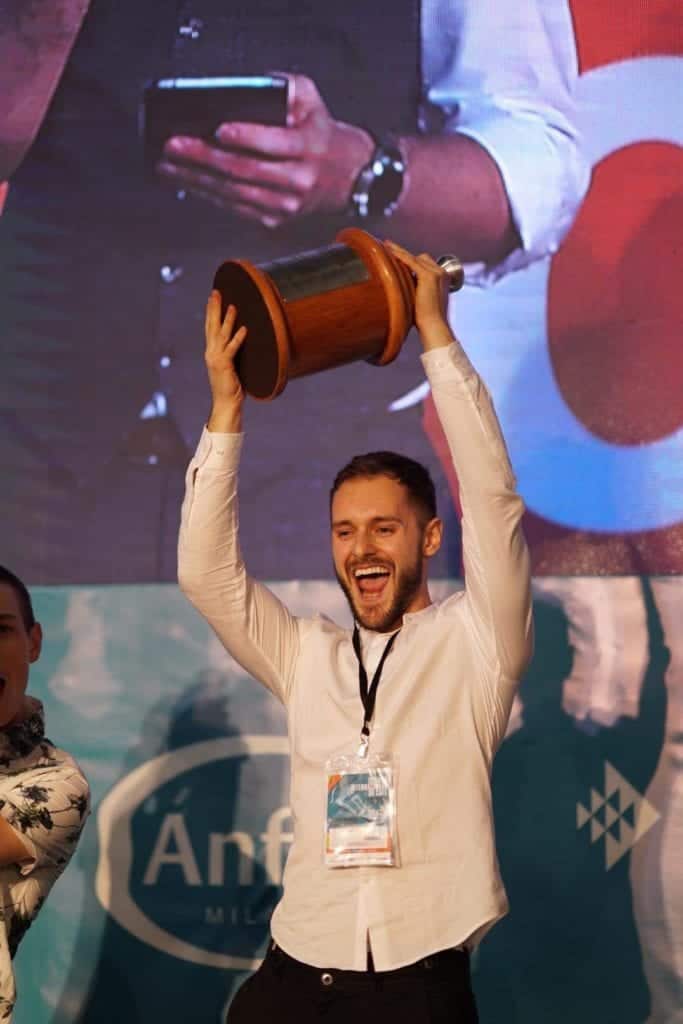 First of all, what led you to work in coffee, Dan?

It all began on my 18th birthday. After a few years working in restaurants in my hometown, I craved interaction and was offered to move onto the bar. I have always had a habit of becoming heavily ‘into’ things, and this move sparked my lifelong interest in coffee and cocktails. Working in a harbourfront bar and a beautiful beachside restaurant in St Ives, Cornwall, I started learning the foundational skills which still underpin everything I do to this day.

Can you tell us about what motivated you to compete for the first time, in 2012?

After a few years, developing these skills, I decided to push myself further by signing up to a competition and applying for University. When I approached Origin Coffee, whose coffee I had been working with, they agreed to support my ventures. I began competing in 2012 before moving to study at the University of York, and this was when I began working with Origin Coffee as a Wholesale Manager / Barista Trainer.

After three years, developing business in the North of England and completing my studies, I moved to London and into the position of Head of Wholesale at Origin. In this position, I am fortunate enough to work with and alongside some fantastic people. The role combines elements of management, coffee and sales.

What were your experiences and lessons you took from your participation in the CiGS and Barista categories throughout the years?

I was fortunate enough to win the UK Coffee in Good Spirits (CiGS) Championship in 2012, going on to finish 4th in the World CiGS Championship in Seoul, after an Aeropress disaster in the finals. Getting this close to a world championship [title] further motivated me to continue developing, which is what followed in the subsequent years.

After an intense preparation for WBC Dublin, I learned the important lesson of maintaining balance before a competition. For World CiGS 2018 in Brazil, this meant I maintained a much healthier lifestyle, allowing myself plenty of time for exercise, ensuring I was as efficient as possible in my practice sessions by writing clear goals for the sessions, and creating a comprehensive preparation list to follow and complete. Further to this, I ensured I began my preparations well in advance to ensure I was fully prepared for the competition.

How do you approach learning and what will you focus on in the coming years?

I spend a lot of my time reading and researching, with the aim of creating a well-rounded skill set and understanding of techniques which I can then apply to competitions. I have always seen competitions as a fantastic stage to showcase everything that inspires me at the time, as well as giving me the opportunity to delve deeply into a topic or idea of interest, creating unique drinks to represent these.

In the coming years, I aim to continue developing these drinks and sharing them as widely as I possibly can!

What have you learned from other coffee and cocktail cultures around the world, during your travels as world champion?

I have been fortunate to visit a number of countries since Brazil [World of Coffee, 2018], and have a very busy 2019 lined up, including a trip across Asia in Spring. The biggest takeaways from these trips are the diversity in service styles, and a constant increase in service level and customer engagement from year to year.

A Short Talk in Bucharest with Vlad Alexandru Buda

In terms of connecting the coffee and cocktail worlds, I am a big believer in enthusing guests rather than oft-unwanted educating, which is particularly effective in the best cocktail bars. Building this enthusiasm and excitement around coffee is an amazing way to initiate conversation with newly interested guests, who in turn are more inclined to take an active interest in the intricacies of their coffee.

What would be your advice for any barista willing to compete?

Aside from encouraging anyone considering entering a competition to do it, I would always advise starting preparation at the very earliest opportunity, to give yourself as much time as possible to refine your drinks, service and presentation, and to be as prepared and comfortable onstage as you could be.

What would you like to achieve as the reigning CiGS Champion?

I have always been on a mission to connect my two main focuses – coffee and cocktails.

Coming from a background in both coffee and cocktails, I have always seen huge similarities between the two industries, and many ways in which both can benefit one another. It is hugely gratifying to inspire baristas and bartenders to explore new worlds of flavour and experimentation, and I hope to continue spreading this message on the widest possible scale.

What is your prediction for the future of the speciality coffee, especially when it comes to the two worlds of coffee and cocktails?

Coffee cocktails are becoming more and more popular and diverse and provide amazing opportunities to create memorable drinks and experiences for guests, so I look forward to being part of connecting these two amazing worlds.