Our Barista Stories series has been long in the making. Since our first visits to cafes around Europe, we have met many amazing baristas who have had a number of interesting stories to share. We love the speciality coffee community exactly for the people building it and are thrilled to introduce some of those individuals to you.

Baristas truly are the ones who contribute to the atmosphere in the cafe massively and are the key reason why we’d revisit.

Read on to meet Alison Bell, brewing your daily cup of coffee at BLK Coffee in Newcastle upon Tyne. 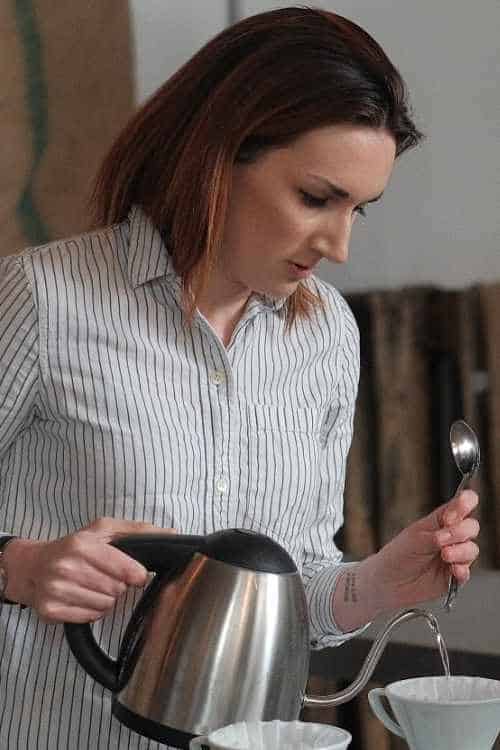 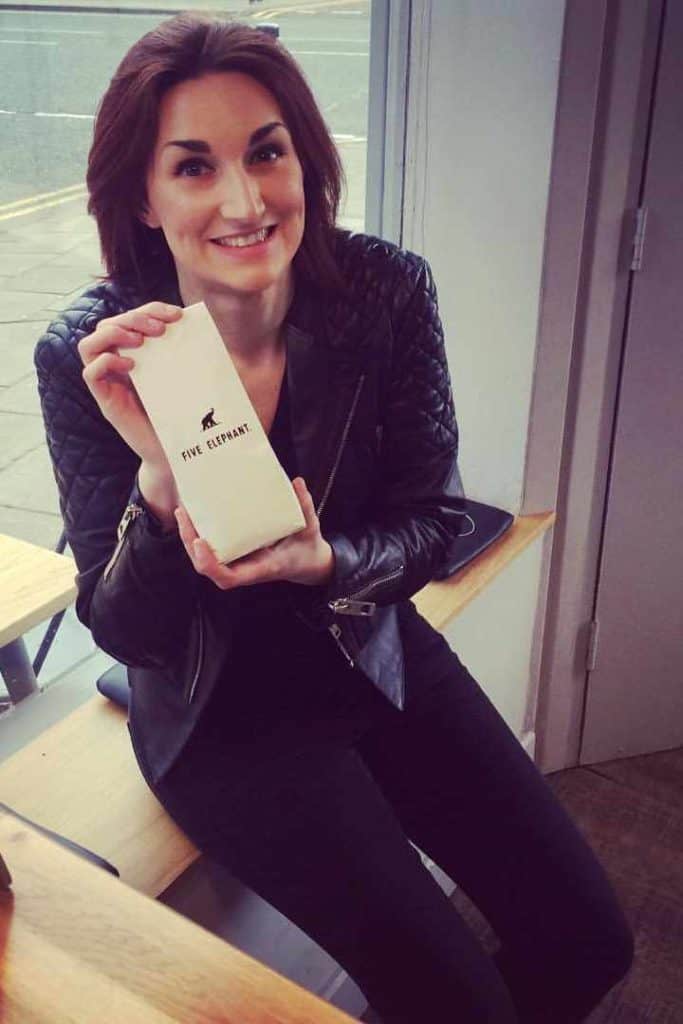 Alison Bell (27) is the owner of BLK Coffee in Newcastle upon Tyne. While managing the cafe and working on the bar, she is currently also studying for a degree in French and English at The Open University. Alison has worked in coffee for five years, during which she competed in the UK Brewers Cup three times (2015–2017), placing second in 2016.

A few questions for Alison

What led you to coffee? Could you describe the moment or situation that made you decide to become a barista?

Like many people, I fell into it. From 2012 to early 2013, most of my waking hours were spent in coffee shops, trying to write a novel. (I kid you not.) I was about 79,000 words in when, at the beginning of 2013, I had a bit of a crisis of confidence and surmised that I should probably get a “real job”, at least for a while. I initially thought of it as a means to an end – I still don’t think it’s what I was meant to do, by any means – but I really got into it.

I’m not sure I ever really decided to become a barista, though. I just knuckled down and did the dishes.

What is the funniest thing that you have experienced behind the bar? Can you recall any embarrassing moment?

Oh, god…it depends what you mean by funny. Nothing untoward ever happens at BLK, really. I drop things a lot.

What would you do if you were not working in coffee?

I’ve been thinking about this a lot recently. Hopefully I’d be indulging one of my other passions…perhaps I’d have published something, or started a band, or be doing an MBA in Europe. All of my ambitions are pretty ridiculous.

What is an unusual habit or hobby that you love?

I haven’t done this in ages, but I used to love making scrapbooks of all the big fashion shows in New York, London, Milan and Paris. Looking back, it was probably a tremendous waste of printer ink, but I always found it strangely therapeutic. I’m pretty precise with the old scissors, too.

What are some bad recommendations you hear often in your profession? What is your piece of advice for anybody starting a career as a barista?

It confuses me when people see being a barista as this glamorous, aspirational thing – it isn’t. Furthermore, making good coffee is only a tiny part of it. Therefore, my advice to anybody starting a career as a barista is to make sure you’re in it for the right reasons. If you’re in it because you’re passionate about coffee and love talking to people, you’re good. Otherwise it might pay to pursue a different career.

Looking back, what one thing would you wish to know when you were starting to work as a barista?

That boundaries are important, as is cultivating a life for yourself outside of work. I was previously in an environment where there weren’t any boundaries, and it got all kinds of messy. I probably said yes to too many things I shouldn’t have said yes to, and I didn’t really have a life outside of my job, so when it came time to leave I was at a loss. Also: the world won’t end just because someone wants to put sugar in their coffee!

What qualities set a good and a great barista apart?

What they do when they’re not making coffee. The ability to work cleanly and keep on top of things whilst churning out tasty coffee and engaging with customers – that’s a great barista. I have no time for the sort of barista that pours a hanging tulip and then twiddles their thumbs for the rest of the day.

If you have a bad day at the cafe, what helps you to handle it and provide good customer service?

We have genuinely lovely customers at BLK, so fortunately this is rarely an issue.

What is the one thing that you would miss the most if you could not work as a barista/in coffee anymore?

The people. I am beyond grateful for all the weird and wonderful friends I’ve made over the years and I hope to keep in touch with everyone even when I’m not working in coffee anymore.

What do you consider some of the best experiences you have had in coffee so far?

The first Barista Camp in Athens in 2014 was a pivotal one for me. Coming second in the UK Brewers Cup in 2016 was another as I genuinely didn’t expect to do so well. I also really enjoyed World of Coffee in Dublin in 2016, although I probably spent too much money on food, and speaking as part of Tamper Tantrum’s ‘The Business of Brewing’ panel at the Manchester Coffee Festival in 2016 was also a huge honour. (2016 may have been a terrible year in many respects, but apparently it was good for my coffee career.) Hopefully there are more still to come!

Would you serve filter coffee with milk, if asked for it?

No…this is the one concession I just can’t make!

Do you ever take sugar with your coffee?

No, but then I never did.

Do you aim for Sweetness, Acidity, or Body?

Sit in or Take Away?

Cake or Pastry with your coffee?

Neither as I’m off sugar. 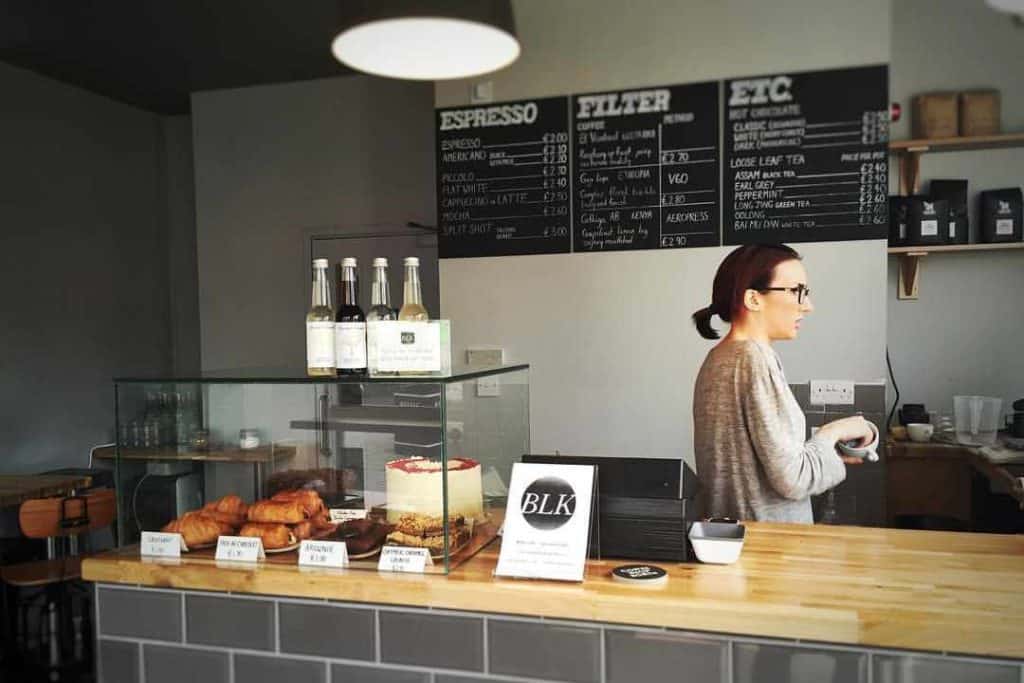